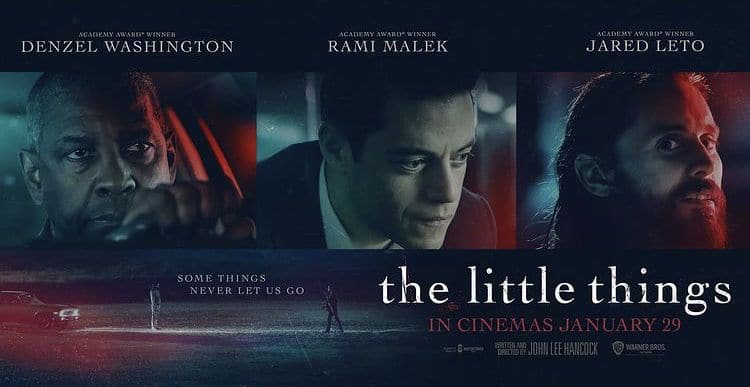 Kern County Deputy Sheriff Joe Deacon is sent to Los Angeles for what should have been a quick evidence-gathering assignment. Instead, he becomes embroiled in the search for a serial killer who is terrorizing the city.

Storyline
Deke (Denzel Washington), a burnt-out Kern County, CA deputy sheriff teams up with Baxter (Rami Malek), a crack LASD detective, to nab a serial killer. Deke’s nose for the “little things” proves eerily accurate, but his willingness to circumvent the rules embroils Baxter in a soul-shattering dilemma. Meanwhile, Deke must wrestle with a dark secret from his past. —Written by cochiseledoux

Trivia
Steven Spielberg, Clint Eastwood, and Danny De Vito were all originally attached to direct this at separate points.

Goofs
Although the film takes place in 1990, the Los Angeles street lighting is distinctly modern. In 1990, Los Angeles was still utilizing orange sodium vapor street lighting, while the modern white LED street lamps which are clearly visible throughout the film, were not updated until 2009.