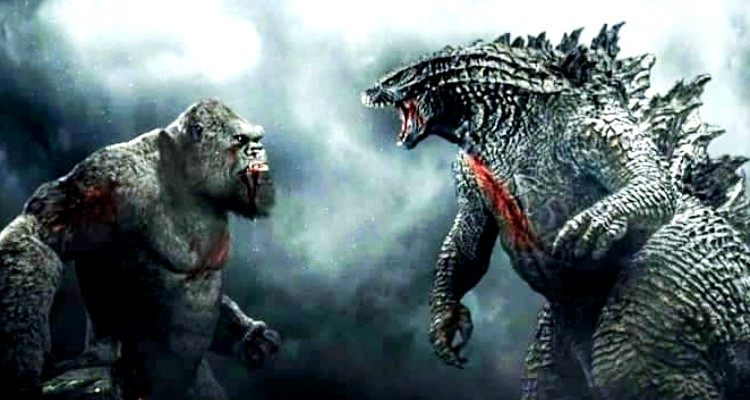 The epic next chapter in the cinematic Monsterverse pits two of the greatest icons in motion picture history against one another – the fearsome Godzilla and the mighty Kong – with humanity caught in the balance.

Storyline
Legends collide as Godzilla and Kong, the two most powerful forces of nature, clash on the big screen in a spectacular battle for the ages. As a squadron embarks on a perilous mission into fantastic uncharted terrain, unearthing clues to the Titans’ very origins and mankind’s survival, a conspiracy threatens to wipe the creatures, both good and bad, from the face of the earth forever. Written by Warner Bros.

Trivia
To prepare for the film, director Adam Wingard said in an interview that he revisited a handful of Godzilla and King Kong films he grew up watching, which revived a sense of empathy he felt for the monsters as a kid. And that emotional element is exactly what he wants to bring to his mega monster crossover: “Some of those Godzilla movies I haven’t seen since I was a kid so revisiting them was a lot of fun. To be able to almost go back in time and re-experience what that was like, I was able to directly empathize with that feeling when I really felt like, maybe Godzilla really is going to lose in this movie. That was really important because it helped me remember, going forward on Godzilla vs. King Kong, the kind of feelings people are going to have when they watch it. That’s what I want to do, I really want you to take those characters seriously. I want you to be emotionally invested, not just in the human characters, but actually in the monsters. If I had my way, I want people to really be teary-eyed at the end of the movie, and be that invested in to what’s going on.”