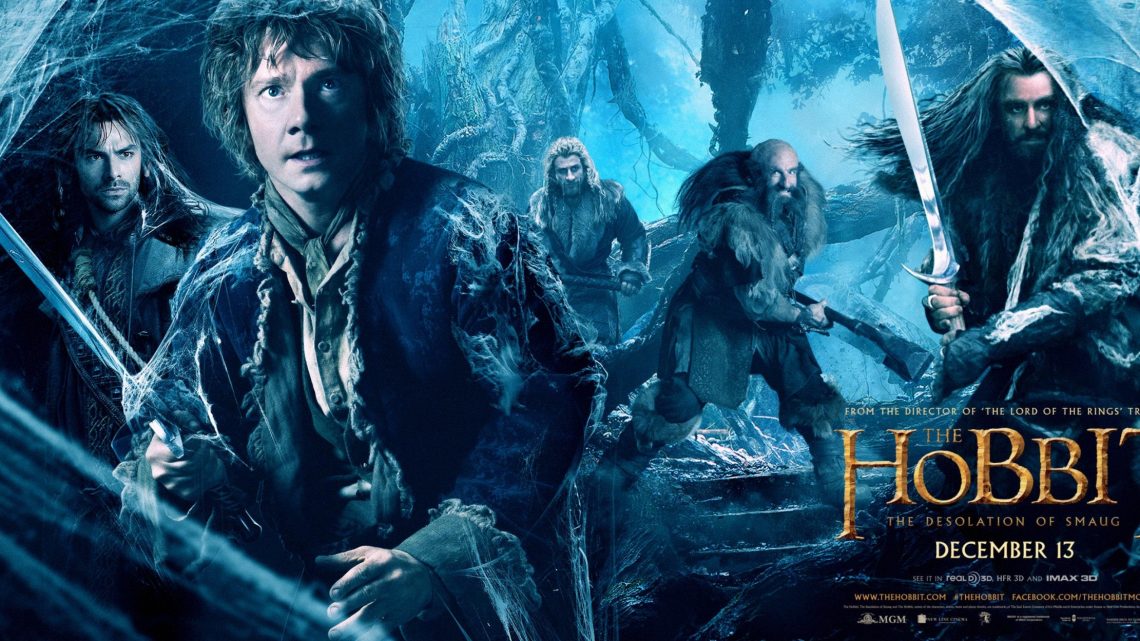 The dwarves, along with Bilbo Baggins and Gandalf the Grey, continue their quest to reclaim Erebor, their homeland, from Smaug. Bilbo Baggins is in possession of a mysterious and magical ring.

After successfully crossing over (and under) the Misty Mountains, Thorin and Company must seek aid from a powerful stranger before taking on the dangers of Mirkwood Forest–without their Wizard. If they reach the human settlement of Lake-town it will be time for the hobbit Bilbo Baggins to fulfill his contract with the dwarves. The party must complete the journey to Lonely Mountain and burglar Baggins must seek out the Secret Door that will give them access to the hoard of the dragon Smaug. And, where has Gandalf got off to? And what is his secret business to the south?

Taglines:
Beyond darkness… beyond desolation… lies the greatest danger of all.

Evangeline Lilly has been a fan of J.R.R. Tolkien’s “Middle-Earth” novels since she was 13.

Even though I formally thought “An Unexpected Journey” was a bit chipped off by quality from the original “Lord of the Rings” trilogy,
due to its certain lack of seriousness the former Jackson Middle-Earth films had, I wasn’t really disappointed by it. It was a different, more
softer storyline, and under it had to have a different directorial approach. Going to see the second one, I had my worries if it’s going to be on a dose less of action and excitement and more centered on the characters, which I always kind of felt myself, was a mistake for a purely adventure film, a road that many movies have taken on in sequels. Fortunately, it was nothing of a sort. “Desolation” gives a stronger adventure and enjoyment than the original Hobbit movie. Faster
pace, beautiful sets, lovely score, costumes and most impressive CGI than ever before, with the comeback of one of the most beloved character of the original series, Legolas, will surely win over the audiences both fans of Tolkien’s book and not, over the globe again this Christmas season. If anything, I’ll definitely go catch it again.
Thumbs up!