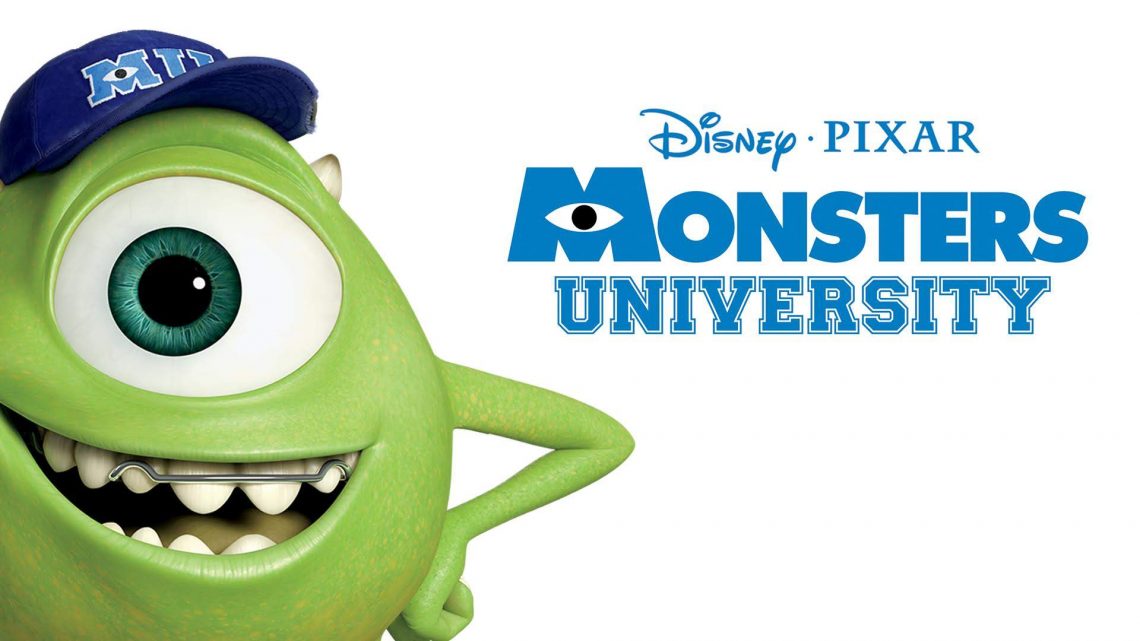 Plot
A look at the relationship between Mike and Sulley during their days at Monsters University — when they weren’t necessarily the best of friends.

Storyline
Mike Wazowski and James P. Sullivan are an inseparable pair, but that wasn’t always the case. From the moment these two mismatched monsters met they couldn’t stand each other. “Monsters University” unlocks the door to how Mike and Sulley overcame their differences and became the best of friends.

The Pizza Planet truck, first featured in Toy Story can be seen parked by the left of the ROR fraternity house during the party. This truck is present in all Pixar feature films, except The Incredibles. See more »

Goofs:
When Mike and Sully are first shown their room at the frat house, the light switch is under the top bunk bed. In subsequent shots it has moved closer to the door and is no longer directly under the bed. See more »

Of all the Pixar movies Monsters Inc. has always been my absolute
favorite. The incredible story of the remarkable friendship between
Sully, Mike and Boo made me watch the movie more than 10-15 times
already. When it was released on blu-ray I was the first one to buy it.
So when Pixar announced another Monsters movie I got concerned. How
could Pixar make a better movie than the original? Or even one that
equalled it? But having seen the movie last week I can ensure you all:
Pixar is back on top. Monsters University is great fun and it’s Pixar
best since Up!.

Monsters University, a prequel to Monsters Inc., begins with a young
and very little Mike Wazowski (Billy Crystal) still in primary school.
After a field trip to Monsters Inc. he has only one dream: to become a
scarer. Years later he arrives at Monsters University but soon learns
he still has a long way to go. His main problem? Mike isn’t scary at
all. He befriends his roommate young Randall (Steve Buscemi), who at
that time is an unimportant loser (and later gets seduced by the dark
side). The first night he makes an enemy out of Sully (John Goodman), a
freshman who thinks that his family name (of legendary scarers) is
enough to get him through school. A personal vendetta is born.

Things go wrong when Mike and Sully accidentally destroy a sacred item
that belongs to the devilish Dean Hardscrabble (a brilliant Helen
Mirren). They get expelled from all Scare Classes and will not graduate
as a real Scarer. Luckily Mike comes up with a plan, a bet with the
dean. If he finds a team to compete in the Scare Games and if he indeed
wins, he’s allowed to follow the Scare Classes until the end. Dean
Hardscrabble approves. Now it’s up to Mike, Sully and his team of
losers to work as a team and go the distance…

In Monsters University the Scare Games are very well done. I can see
both kids and adults laughing their socks off when Mike and Sully, in
the same team but still enemies, are doing their first race and try not
to step on the items that make their body grow. Bizarre, but hilarious!
Their next assignment, when they have to steal something in the
library, is also a winner. But what really works in Monsters University
is that the story is mainly about friendship. We not only see how Mike
and Sully turn from big enemies into big friends; they become soul
mates for life. To join the Scare Games Mike must find five extra
members to form a team and the only ones left are a bunch of nerds that
no one pays attention to and a big blue monster that he absolutely
hates (Sully). Still Mike succeeds in making it work.

Even when you know that Mike and Sully will win the Scare Games (that
isn’t a spoiler, is it?), this film isn’t predictable at all. It
doesn’t end with Sully holding up the Scare cup but it takes one more
great scene to bring Mike and Sully definitely together. I will not
spoil it for you, but it involves a door to the human world and a
little green monster that’s depressed.

Yeah, my faith in Pixar is restored. Although I must confess that with
Planes coming up, things can change very fast in the wrong direction.
But maybe that’s because I have never liked the Cars movie.