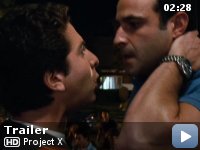 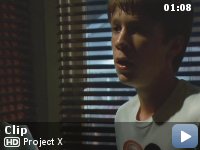 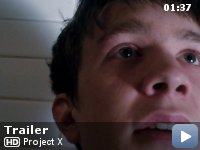 3 high school seniors throw a birthday party to make a name for themselves. As the night progresses, things spiral out of control as word of the party spreads.

Storyline
3 high school seniors throw a birthday party to make a name for themselves. As the night progresses, things spiral out of control as word of the party spreads.

Taglines:
The Party You've Only Dreamed About

Loosely based on the house party of Corey Delaney in Australia. The then-teenager posted the address of his house party on MySpace, attracting around 500 people and caused over $20,000 in property damage. His party attracted journalists and was widely disliked by the public, having been assaulted by a group of teenagers after the events.


I'm still trying to figure out why this film left such a weird taste in
my mouth. It's odd, coming out of a film and having NOTHING to say
about it. Possibly, it's because almost nothing happens. They throw a
party. It goes bananas. Stuff gets set on fire. Nothing you can't
divine from the trailer.


It took me a while to realize why. There was a gaping whole at the
center of this film. The message – nothing really matters, everyone
should do whatever it takes to be cool, skinny, popular, etc. And there
are no consequences. Self-destruction presented as empowerment.

This is nothing new, and I'm too young to be seriously offended by this
sentiment, but Project X takes it to a higher pitch than ever before.
It's like watching a stream of Facebook threads, links and comments fly
past for 90 minutes. Intercut with whoops and heavy bass-lines. It
doesn't feel like a music video. It is a music video. And about as
satisfying.

It's made in the image of John Hughes films, updated for the Ritalin
generation, but it moves too fast. I found myself wanting to say 'How
about that scene where … ' but realized that there were no scenes I
found funny enough to bother recounting.

I know how this all sounds. Like a hater. But it's not. I just didn't
care. There was nothing to care about. Nothing I hadn't seen in a dozen
music videos a dozen times, but now, with a couple of fat kids thrown
in. The only thing that leaves me wincing is the overtness of the
film's nihilism. Screw everything. And everyone. This is the image of
themselves these Socal kids are getting presented with. If it plays
well at the box office – which it will, and nothing I can say will
change that – it's the kind of thing we'll see more of. And more of.
And more of. The same thing. Over. And over. Again.