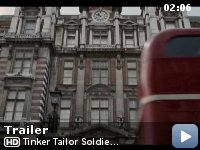 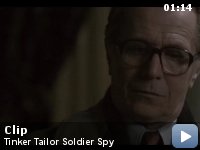 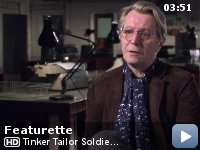 In the bleak days of the Cold War, espionage veteran George Smiley is forced from semi-retirement to uncover a Soviet agent within MI6.

Storyline
In the early 1970s during the Cold War, the head of British Intelligence, Control, resigns after an operation in Budapest, Hungary goes badly wrong. It transpires that Control believed one of four senior figures in the service was in fact a Russian agent – a mole – and the Hungary operation was an attempt to identify which of them it was. Smiley had been forced into retirement by the departure of Control, but is asked by a senior government figure to investigate a story told to him by a rogue agent, Ricky Tarr, that there was a mole. Smiley considers that the failure of the Hungary operation and the continuing success of Operation Witchcraft (an apparent source of significant Soviet intelligence) confirms this, and takes up the task of finding him. Through the efforts of Peter Guillam, Smiley obtains information that eventually leads him to Jim Prideaux, the agent at the heart of the Hungary fiasco…

Taglines:
The enemy is within.

John Hurt was an early choice for George Smiley in pre-production, but he was later given the role of Control.

Crew or equipment visible:
Technical equipment can be seen in Smiley's glasses when he asks the whereabouts of an agent.

Roy Bland:
For twenty-five years we've been the only thing standing between Moscow and the Third World War!

Not everyone can be one of Smiley's people.


It is true to say that Smiley is no Bourne nor Bond but Tinker Tailor
Soldier Spy is a beautifully played and observed spy film. Should you
expect car chases, spills, thrills, gadgets galore and
closely-choreographed fight scenes then you WILL be disappointed.

Set in smoke-filled, sepia-tinged 1970s, the film centres around the
uncovering of a mole 'right at the top of the circus'. The 'circus' is
the British Intelligence Services and is made up of a who's who of
British acting talent – Firth, Hinds, Cumberbatch, Hardy, Strong and
Hurt. For the most part, the action takes place in the brown-suited and
wall-papered world of England but we are given brief glimpses of the
spy territory in Budapest, Paris and Istanbul. Smiley, played
inscrutably by Oldman, is tasked with uncovering the mole and is ably
assisted by Guillam, the ever-watchable Cumberbatch.

Admittedly this is a slow-burn of a film, full of meaningful looks,
pregnant pauses and one that hints at deeper and more complex plot
strands but it has an authentic air and it is a fascinating to observe
a build-up of tension and cold-war paranoia which culminates in a
dramatic if subdued fashion. Being slightly too young to have watched
the original Alec Guiness TV series, I cannot make any direct
comparisons and I imagine that a TV series allows much more time for
plot and character development. The film must be judged on its own
merits, and whilst I am sure that this will not be to many mainstream
movie-goers' tastes, it is one for those who are looking for a film of
a different type, time and pace.