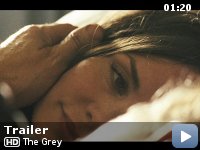 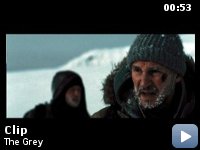 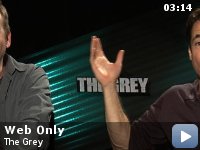 In Alaska, an oil drilling team struggle to survive after a plane crash strands them in the wild. Hunting the humans are a pack of wolves who see them as intruders.

Storyline
In Alaska, an oil drilling team struggle to survive after a plane crash strands them in the wild. Hunting the humans are a pack of wolves who see them as intruders.

Taglines:
Live and Die on This Day

According to actor Liam Neeson's account, the temperatures were as low as -40°C in Smithers (British Columbia) where the film was shot. The snow storms/scenes were actual prevailing weather conditions and not a cinematic illusion produced with CGI trickery (interview:
Episode #20.70).

Factual errors:
In Prudhoe Bay, AK there are no wolves.


I have experienced things in life that have taught me to never say,"It
can't get worse than this"! Because I know it can.Every horror fan
usually knows this by the films they watch. If you mistake what happens
in films as things "that will never happen to me",well,you'll learn.

As The Grey opens on the cold,bleakness Liam Neeson appears as a man
that has no dream of life left,no lies,no illusions.The reasons are not
apparent. He is a sniper contracted to protect oil rig workers from
infrequent wolf attacks,and shoots only when completely necessary.He
respects the animal enough to know its dangers.His fellow humans he has
much less admiration for,at least the ones he works with.They are the
refuse of the real world,who deserve to be in the harsh conditions that
he has chosen to be in.

On a routine flight to return to civilization the plane crashes
literally in the middle of nowhere.The sound editors and techs did such
a fantastic job with this film you feel as close to everything that is
possible without actually being there.Real depictions of crash
victims-and the cold,the cold is a complete character on it's own.That
would be enough to threaten your life.

Then you are hit with the real fear.The primal one most of us have
forgotten on our long ride at the top of the food chain. The line
between our world of safety and 911 and sanity, and complete all bets
are off,nothing will save you but yourself world, is very thin.

He finds out in the worst way possible that the plane has crashed in
the world of the wolf and they do not belong there.

Having some knowledge of the animal, but not much else he scrambles to
live and protect what is left of humanity in this unforgiving reality.

The survivors try to cope as well as you or I could,and we are along
for every terrifyingly tense moment.

The Grey is real,raw,scary and so good you will be appreciative of
every aspect of your life.Neeson is at his best when thrown against
everything that man and nature fears, and it is a film experience. See
it!

TagsCanada
A Serbian Film
The Sleeper