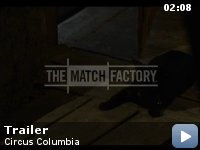 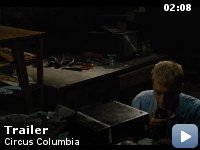 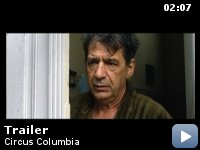 A story set in the former Yugoslavia and centered on a guy who returns to Herzegovina from Germany with plenty of cash and hopes for a good new life.

Storyline
A story set in the former Yugoslavia and centered on a guy who returns to Herzegovina from Germany with plenty of cash and hopes for a good new life.

Bonny the lucky cat: looking for a lost pet or hunting for happiness


Danis Tanović, a well deserving Academy Award winner in the category of
Foreign Language Film with his very first feature movie, after two
respectable international attempts–L'enfer (2005) and Triage
(2009)–both dealing with certain universal subjects, geographically
located outside the country of his origin (Bosnia and Herzegovina), in
his fourth movie comes back home and scores again.

Anyone slightly interested in global politics already knows the sad
story of a certain Balkan super state, which was in a "good ol' days"
thriving to considerable extent on worldwide–basically, American (and
its post WWII interested allies)-Russian (and its willy-nilly
'satellites')–polarization and then, at the end of the Cold War,
"allowed" by the same global powers to violently fall apart and
dissolve.

Particular time and place provide the setting for Tanović's latest
movie, Cirkus Columbia (2010), based on the novel written by Ivica
Đikić, telling the story of Divko Buntić (who, in his own self-ironic
words, rather than just gone mad, has always been mad), descending from
the family on the losing side of WWII, whose uneasy life among
privileged descendants of WWII winners forced him to emigrate. He
managed to make a good living abroad, but, after 20 years in exile,
couldn't wait more to come back.

His chance to return comes at the beginning of 1990's, after decline of
previous, rather totalitarian system and opening for democratic
changes. Coming back to Herzegovina, to his birthplace where he's spent
his childhood and teenage years, he flaunts his wealth, showing off
with his expensive car and young wife, willing to get even with whoever
might have done him wrong in the past. He immediately dislodges his
estranged wife Lucija and his son Martin from the reclaimed property
and, initially, it looks like he's winning and that money can fix
everything. But, can it really make the world go round? Answer comes
later.

Without giving too much away, it is enough to repeat an advice that he
gives at the very highpoint of the movie. Offering a big bunch of money
to his son, who is following in his father's footsteps, getting ready
to emigrate as well, Divko bitterly admits his life lessons learned in
a reminder "with this you can buy everything, but you cannot have
everything"… Ultimately, in deserted premises of the used-to-be
circus from the title line, finally daring to be honest to their true
feelings, reunited couple literally makes the world merry-go-round.
Against all chaos-approaching odds, at least for a fleeting moment,
their world becomes a better place… A moment amplified during the end
credits by a beautiful period song "We could've done it all" ("Sve smo
mogli mi"), Valerijan Žujo's versified lament over the life's
oh-so-ephemeral opportunities lost, in Slobodan Kovačević Bodo's
atmospheric arrangement, interpreted in a calm, soothing voice of
Jadranka Stojaković.

Tanović continues to make interesting movies. For a number of reasons
my favourite one is still his first, No Man's Land (2001), certainly
not the least being the fact that I'm Danis's former fellow
countryman–well, former, because, apparently, we both (temporarily or
not?) moved out of the country, after it has been struck by our common,
well known tragedy–so I have been either personally, or as a
participant in the closest collective experience, through those times
and situations described.

On a more impartial level, it is pleasure to notice that, in both his
domestically inspired movies equally, Tanović depicts a fluent story
about common people, though, eventually, in not so common
circumstances, distinguished by standouts in leading roles (here, well
established actors Miki Manojlović and Mira Furlan and promising Boris
Ler), good work with supporting actors and his skillful direction, that
all adds up to (a) very attractive movie(s). Though, it might work well
just for viewers who do not look necessarily for bigger-than-life
themes, who do not seek only for stories with intriguing details or
unexpected twists, ergo unusual narratives that, once "consumed", often
lose their attraction, while appeal found in commonness allows for even
repeated viewing, almost without any significant loss of interest. (
Davor Blažević, currently in the South of Lebanon.)