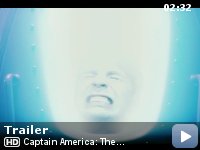 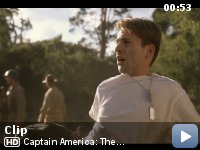 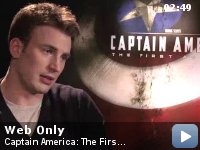 After being deemed unfit for military service, Steve Rogers volunteers for a top secret research project that turns him into Captain America, a superhero dedicated to defending the USA’s ideals.

Storyline
It is 1942, America has entered World War II, and sickly but determined Steve Rogers is frustrated at being rejected yet again for military service. Everything changes when Dr. Erksine recruits him for the secret Project Rebirth. Proving his extraordinary courage, wits and conscience, Rogers undergoes the experiment and his weak body is suddenly enhanced into the maximum human potential. When Dr. Erksine is then immediately assassinated by an agent of Nazi Germany’s head of its secret HYDRA research department, Johann Schmidt aka the Red Skull, Rogers is left as a unique man who is initially misused as a propaganda mascot. However, when his comrades need him, Rogers goes on a successful adventure that truly makes him Captain America and his war against Schmidt begins.

Screenwriter >David Self, who wrote a draft of the script, claimed Captain America was his favorite childhood superhero: “My dad told me I could one day be Captain America.”

Factual errors:
A map shows the allied positions close to the Italian/Austrian Border. By 1943 when the film is set, they hadn’t even taken Rome yet, which fell in June 1944. They would not even come close to the border until November 1944.

[Zola tests the Cube on a machine]

>Johann Schmidt:
I did not come this far, doctor, out of security!
[switches the machine to full power]

Concerned: Did I watch the same “Captain”?

I had been looking forward to Captain America for about a year, and I
decided to make it the first premiere I’d go to all summer. I got a
group of ten friends and showed up hours early with Captain America
merchandise and enough caffeine to stay up through Lord of the Rings in
its entirety.

Every single person in my group was disappointed. Needless to say, we
still enjoyed ourselves, and I wasn’t even expecting much, (Jumanji and
Jurassic Park III at the top of the director’s credentials), but, man,
I couldn’t help counting the flaws throughout the film.

Positive: Chris Evans was surprisingly convincing. Also, our hero was
truly inspirational (if not corny). The sets were nice, and the other
stars filled their roles well. I was well entertained, and the first
half flowed nicely.

Negative: Oh, lord. I’ll try not to nitpick. Most glaring was the
absolute pathetic villain. Hugo Weaving (a great actor who manages to
give his character some, well, character) plays a downright cheesy,
sappy, crazy, and so un-menacing-its-not-even-funny chum nicknamed Red
Skull. His back story is never laid out and only hinted at a few times,
his followers are faceless drones with advanced weaponry but the brains
and aim of stormtroopers, and his intentions are ridiculously stupid
and unexplainable (his target is “everything”? Oh, please). He was
never threatening and never endangered our hero, not to mention his
death was as anti-climatic as they come (Voldemort, anyone?)

Also obvious is the cliché invincibility of the Captain. He leaps
twenty feet as flames engulf him, he fistfights scores of goons, blows
up crap all over the place, and never once gets seriously injured.
Suspense? Apparently, there’s no need when you have patriotism!

The technology was just plain silly for its era. Leaving out the cheesy
blue-shooting things (something to do with the gods? I don’t know, it
was kind of weird), there are spycraft, tanks the size of mansions,
helicopters that look like spacecraft, single-person submarines, and
(my personal favorite) manned bombers in the shape of bombs. Are they
suicide bombers? Apparently.

There is no attachment to the characters (anyone blink when his best
friend died?), there are loads of forgettable scenes (notably the war
montage of which the trailer consists, which might have made a good
movie, I might add), and clichés (love interest walks in on random
kiss, etc.) and downright sloppy pacing galore.

I must stop here, but seriously, 8.0? Not even close. Enjoyable fare,
but nothing to think twice about. Here’s to hoping Joss Whedon improves
upon Chris Evan’s Captain in 2012.