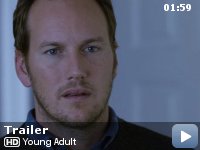 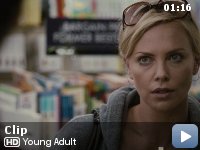 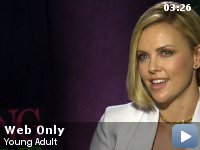 Soon after her divorce, a fiction writer returns to her home in small-town Minnesota, looking to rekindle a romance with her ex-boyfriend, who is now happily married and has a newborn daughter.

Storyline
Soon after her divorce, a fiction writer returns to her home in small-town Minnesota, looking to rekindle a romance with her ex-boyfriend, who is now happily married and has a newborn daughter.

Taglines:
Everyone gets old. Not everyone grows up

Josh Brolin was rumored to star in the movie.

Errors in geography:
The highway signs (I-35, I-535 & US Hwy 53) outside the Hampton Inn that Mavis checks into would seem to place Mercury, MN in the Duluth area, but the strip mall next door features a Chuck E. Cheese's, Raymour & Flanigan Furniture, and Liquid Ice. The nearest Chuck E. Cheese's are several hours away in the Minneapolis area. Raymour & Flanigan and Liquid Ice are chains only found in the Northeastern US (PA, NY, New England), and a highway sign seen after the interstate signs at the hotel is a New York State Route 35 sign supports that.


Without an iota of irony, Charlize Theron finally uses her intimidating
beauty for pure Machiavellian evil, and the results are fortuitous in
this dark-hued 2011 comedy, the latest collaboration of director Jason
Reitman and screenwriter Diablo Cody ("Juno"). She's absolutely spot-on
terrific playing Mavis Gary, the condescending, hateful high school
girl who comes back to Mercury, her podunk hometown nearly two decades
later. Mavis is no Blanche Dubois-type character whose ladylike beauty
has faded into a gauzy romantic delusion. No, Mavis is still one hot
babe and very much the complete narcissist she was as a teenager,
emotionally stunted despite her relative worldliness having moved to
Minneapolis to become a ghostwriter of a series of teen novels.


It's not surprising she finds success writing for an adolescent
audience since she still defines her life with teenage-level priorities
and fantasies. As she has proved with "Juno", Cody is thoroughly fluent
with this perspective, but the twist is that this time, it's coming
from a jaded 37-year-old woman. Even though Mavis is a divorcée who
lives in a high-rise apartment with a toy dog and can easily get any
man she wants, she is triggered by a birth announcement email she
receives from her high school sweetheart Buddy Slade and becomes
fixated on getting him back all these years later. It doesn't matter
that he's happily married and perfectly content living in Mercury. She
concocts a scheme to make herself so alluring that he will want to run
away with her. Normally, this would be an excuse for broad comedy
machinations, but Theron is so gorgeous that it makes her shameless
attempts at seduction all the more edgily desperate.

It's a narrowly developed plot for sure, but surprisingly, what
enriches the proceedings is the unexpected relationship Mavis develops
with Matt Freehauf, a sad-sack former classmate whose sole claim to
notoriety was being the victim of a hate crime when he was beaten up
and left for dead by a group of jocks who assumed he was gay. He has
been left crippled, living in Mercury with his sister making his own
home-brewed bourbon and putting together mix-and-match action figures.
That Mavis and Matt connect is all the more intriguing since they were
at opposite ends of the social spectrum back in school, and their
present-day bond is also fueled by her obvious alcoholism, a point that
is overlooked by her befuddled parents who wish to think of Mavis as
the flawless pretty daughter of their own deluded fantasies. The story
evolves in the direction you would expect but not before certain
revelations come to light in a tortuous scene at the baby-naming party
Buddy and his sensible wife Beth have with all their relatives and
close friends in attendance.

Beyond Theron's fearless work and intentionally deadpan line delivery,
there is comedian Patton Oswalt's surprisingly affecting performance as
Matt. I only know him from his recurring role as a comical sad-sack on
the sitcom "King of Queens", so it's surprising to see the amount of
texture he brings to this role. As Buddy, Patrick Wilson once again
plays the sought-after himbo, but this time, his character's unshaven,
small-town modesty comes across as more contrite with his character's
feelings toward Mavis left quite elliptical. Elizabeth Reaser ("Sweet
Land") isn't given that much to do as Beth, probably by intention, but
Collette Wolf has a few impactful moments as Matt's insulated sister
still idolizing Mavis after all these years. As he showed with "Juno"
and "Up in the Air", Reitman shows a deft hand with actors playing
flawed characters who try to manipulate their circumstances but fall
short of their vaunted expectations.