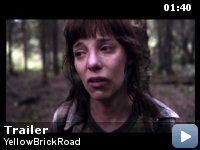 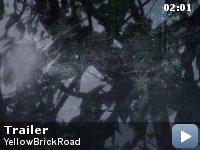 1940: the entire population of Friar, New Hampshire walked up a winding mountain trail, leaving everything behind. 2008: the first official expedition into the wilderness attempts to solve the mystery of the lost citizens of Friar.

Storyline
One Morning in New England, 1940, the entire population of Friar New Hampshire – 572 people – walked together up a winding mountain trail and into the wilderness. They left behind their clothes, their money, all of their essentials. Even their dogs were abandoned, tied to posts and left to starve. No One knows why. A search party dispatched by the U.S. Army eventually discovered the remains of nearly 300 of Friar's evacuees. Many had frozen to death. Others were cruelly and mysteriously slaughtered. The bodies of the remaining citizens are still unaccounted for. Over the years, a quiet cover-up operation managed to weave the story of Friar into the stuff of legends and backwoods fairy tales. The town has slowly repopulated, but the vast wilderness is mostly untracked, with the northern-most stretches off limits to local hunters and loggers. In 2008, the coordinates for the "YELLOWBRICKROAD" trail head were declassified…

The sibling characters of Daryl and Erin Luger are played by real life siblings Clark and Cassidy Freeman.

Melissa Barnes:
Are you going to kill me now? Here?

Melissa Barnes:
Does there have to be so much pain?

If you go down to the woods today…


In 1940, the residents of a sleepy New England town walked along a
trail called Yellowbrick Road, leaving behind their possessions. Some
were found frozen, others mysteriously and horribly mutilated. There
was one survivor. 70 Years later and the documents surrounding the case
have been declassified. Armed with the case files, a crew of nine
civilians resolve to set out along the trail, to find out what happened
to the earlier inhabitants once and for all…


YellowBrickRoad has a GREAT concept and tries to put an innovative spin
on the lost in the forest "subgenre". (if such a thing exists). Part
mockumentary, part straight horror, it's certainly ambitious.

However, I gotta say… I just plain hated this film. I thought the
execution sucked, and found it nonsensical, boring, unscary,
frustrating and very very annoying. It has an "assault on the senses"
segment, as noted by another reviewer on this page, that literally had
me gritting my teeth, and I personally wondered if they put it in to
prevent me falling asleep from boredom, as it's a very jarring
sequence. It also has an unintentionally hilarious reaction from the
performers, who act like the crew of the original Star Trek when hit by
a Klingon torpedo or something. The conclusion is jaw droppingly
ludicrous, weak and feels tacked on for the sake of it. It would be
right at home on a Scary Door episode from Futurama, it's that
ridiculous and silly.

So, yeah… I really disliked it and found it an incoherent mess and a
very disappointing film.

BUT… I'm in the severe minority here, apparently. I caught this at
Dead By Dawn 2011 and it went down quite well with the audience, with
most seeming to love it, or at least like it, including the party I
went with. (I was the one dissenter in our group) So, based on the
audience reaction, I'm gonna say that this is very much a personal
opinion here. It's basically kinda similar to Session 9, (in terms of
atmosphere) only in a forest, and I'm one of the apparently few horror
fans who was totally non-plussed by Session 9, while most like that one
also, so anyone who likes Session 9, should like this.

3/10 from me. It just thoroughly annoyed and bored me from start to
finish. That having said, based on audience reaction at Dead By Dawn,
I'm actually gonna recommend fans to check it out, as it'll probably go
down quite well with you. Just wasn't my cuppa tea at all though.

TagsGREAT YELLOWBRICKROAD
We Are the Night
Mr. Nice