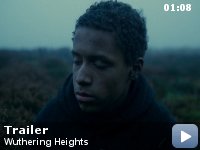 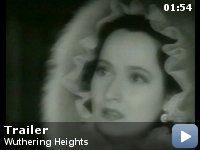 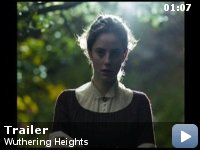 A poor boy of unknown origins is rescued from poverty and taken in by the Earnshaw family where he develops an intense relationship with his young foster sister, Cathy. Based on the classic novel by Emily Bronte.

Storyline
A poor boy of unknown origins is rescued from poverty and taken in by the Earnshaw family where he develops an intense relationship with his young foster sister, Cathy. Based on the classic novel by Emily Bronte.

Jessica Alba was one of the choices to play Catherine Earnshaw when John Maybury was on board to direct.


Saw this at the Venice film festival last week. It had quite a few walk
outs near the beginning (probably the strong Yorkshire accents with
lots of background noise made it unintelligible for non native English
speakers) and they were the lucky ones as it certainly did not improve
over the following 2 hours.


The director's main aim seemed to be to try and shock audiences who
thought they were coming to an Emma Thompson type costume drama by
making the film as morose as possible and throwing in lots of swearing,
violence and a bit of necrophilia. Unfortunately the only shocking
thing was that they had managed to make such a bad film out of a
classic novel.

There were numerous petty things which annoyed me about this film, e.g.
the use of pathetic fallacy with the weather is way over the top (the
Earnshaws live under a constant biblical downpour whereas there rich
neighbours in the next door valley have a climate from a fruit juice
advert); the cameraman either had Parkinson's or had been previously
employed in one of those American police series where reality is
represented by a constantly jerky camera; the actors playing the adult
Cathy and Heathcliff look nothing like their younger selves –
Heathcliff even appears to have changed race!; would a 19th century
strict Christian father be happy with someone sleeping with his teenage
daughter in the house?; would a 19th century Heathcliff be able to swan
around Edgar house willy nilly? I could go on.

Most importantly I think the director fails completely in making us
feel any sympathy for her characters. Heathcliff has a hard time of it
in his youth but has no redeeming features. It's not helped by the fact
that the actor playing the adult Heathcliff is atrociously bad at his
job.

I have no problem with making Wuthering Heights dark and brooding but
make it a bit less daft.

TagsEngland UK
Take Shelter
The Woman in the Fifth