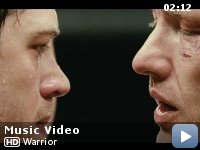 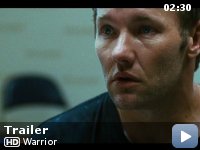 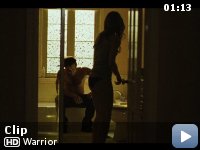 The youngest son of an alcoholic former boxer returns home, where he's trained by his father for competition in a mixed martial arts tournament – a path that puts the fighter on a collision corner with his older brother.

Storyline
Two brothers face the fight of a lifetime – and the wreckage of their broken family – within the brutal, high-stakes world of Mixed Martial Arts (MMA) fighting in Lionsgate's action/drama, WARRIOR. An ex-Marine haunted by a tragic past, Tommy Riordan returns to his hometown of Pittsburgh and enlists his father, a recovered alcoholic and his former coach, to train him for an MMA tournament awarding the biggest purse in the history of the sport. As Tommy blazes a violent path towards the title prize, his brother, Brendan, a former MMA fighter unable to make ends meet as a public school teacher, returns to the amateur ring to provide for his family. Even though years have passed, recriminations and past betrayals keep Brendan bitterly estranged from both Tommy and his father. But when Brendan's unlikely rise as an underdog sets him on a collision course with Tommy, the two brothers must finally confront the forces that tore them apart…

The role of the promoter, played by director Gavin O'Connor, was originally written for TapouT founder 'Charles 'Mask' Lewis'. Lewis was killed by a drunk driver just before shooting began. O'Connor spoke at Lewis' memorial service on April 14, 2009, six days before principal photography began. The film is dedicated to him.

Incorrectly regarded as goofs:
When Paddy tells Tommy that he'll leave the coffee out until 0500 hours (5:00am), a digital alarm clock in the background reveals that the time is already 5:23am. Tommy was speaking in reference to future wake up calls from his father and his father, speaking in the future, said the coffee would stay on until 0500.

Sam Sheridan:
Give the guy a break. At least he's fought in the UFC before. He's fought real fighters. I remember him.


Just saw a sneak peek of Warrior. All I can saw is WOW! Great film.
Great performances. The characters are deep and believable and the
story will probably have you leaving the theater in tears.

The fight scenes were done really well. I've been cage side at hundreds
of MMA fights as a photographer and believe me when I say this is some
of the most realistically portrayed MMA action I've seen to date on
film.

Tom Hardy, Joel Edgerton, Jennifer Morrison and Nick Nolte all give
good performances and I think Nick Nolte had a couple of moments in the
film that should be considered Oscar worthy.

I know a lot of people won't agree with me on this and I can
understand, but Warrior has bumped Rocky out of my top 5 favorite
movies of all time. IMHO (which some of you will consider worthless) I
think it's that good.