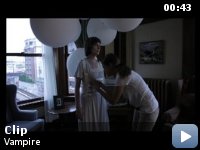 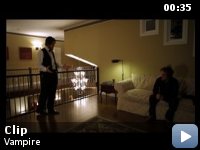 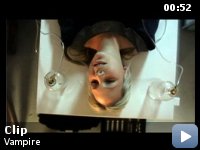 If you know Iwai, you know what to expect


This is not a vampire flick. It shouldn't really be necessary to point
this out, after all the summary makes it very clear. But it would seem
that the reason for this film's overall cold reception is precisely
that it doesn't feature supernatural, love-lorn beings to satisfy
inhibited sexual desires of self-destruction. Rather, it presents an
altogether uncomfortable view on real-life blood-thirst and a
controversial look at suicidal obsession.


If you're familiar with Iwai's work, then neither the subject matter
nor the style come as much of a surprise. Iwai's staple theme is
alienated youth and the thin line between friendship and destruction.
In 'All about Lily Chou-Chou', he explored bullying and underage
prostitution against a backdrop of how virtual and real-life
personalities differ, 'Swallowtail Butterfly' dealt with the ups and
downs of a group of misfits bonding and betraying each other, and 'Hana
& Alice' showed a close high-school-girl friendship with elements of
rivalry over a particular boy.

'Vampire' follows a story which actually happened in Japan: a man
convinces young women in suicide chat-rooms to die together with him,
eventually tricking them so that he may consume their blood. The focus
isn't so much on why he wants to do this (apart from ambivalent
references to the quest for immortality), but rather why these women
want to die – and this is where I see a continuity with Iwai's other
work. It's not so much about the story itself, which takes somewhat
unfathomable turns and ends up in a confusing mêlée, but rather the
visuals, which create a mystified, surreal and at times even humorous
perspective on death. The proverbial 'vampire' is actually seen as a
perversion of this theme, which becomes obvious in a rather gory parody
of the 'serial killer' image, complete with fangs and cape.

If you wonder what a Japanese film with American actors may look like,
then this one may be very well for you. To me, it's been worthwhile
just for seeing that the styles of Japanese cinema – character
vagueness, visual rendition, and most of all quietness – can be
translated into English rather well. However, if you really expect a
vampire flick, better wait until the next 'Twilight' segment.

TagsCanada
Malice in Wonderland
Even the Rain