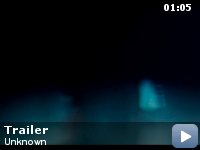 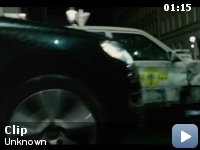 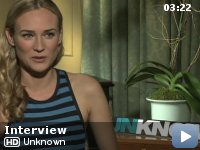 A man awakens from a coma, only to discover that someone has taken on his identity and that no one, (not even his wife), believes him. With the help of a young woman, he sets out to prove who he is.

Storyline
A biochemist and his dishy wife arrive in Berlin for a conference at which a scientist and his controversial Arab funder will announce breakthrough research. While his wife checks into the hotel, he grabs a cab to return to the airport for his briefcase, left at the curb. En route, an auto accident puts him in a coma, from which he awakes four days later without identification and with gaps in his memory. He goes to the hotel: his wife refuses to recognize him and another man has claimed his identity. With help from a nurse, the cab driver, a retired Stasi agent, and an academic friend, he tries to unravel what's going on. Is the answer in the briefcase?

Taglines:
Take back your life.

According to his passport, Martin Harris was born on June 7th. This is also the birthday of Liam Neeson who portrays Dr. Harris.

Factual errors:
After the explosion at the Hotel Adlon the screen shows Police cars driving by but the corresponding siren belongs to a Fire Brigade vehicle.

Pilot's Voice:
Ladies and gentlemen, we're beginning our descent into Berlin Tegel, where local time is 8:30 AM, and the temperature is a cool minus four degrees.

Elizabeth Harris:
Did you sleep?

Dr. Martin Harris:
No. I'll sleep at the hotel.

It's all in the ending

An effective thriller with a good twist in the ending. Not since The
Sixth Sense has a movie given me such a surprise at its ending. Liam
Nieson keeps your attention fixed on the action throughout the movie,
although some of his lines did not match the scenes or his character.
If someone is trying to kill you, maybe some emotion would be shown.
The car accident at the beginning is very realistic and makes Liams
amnesia credible. The car chase scenes in the movie will also keep the
action buffs happy, although the black car driven by the assassin is a
bit too corny to believe . Bruno Ganz as an aging former Stasi agent
gives a stand-out performance and Diane Kruger supports Nieson without
the usual Hollywood theme of girl following for hero. Maybe its because
Nieson is old enough to be her father. This film is no masterpiece but
if your looking for a couple of hours entertainment with an interesting
ending this will fit the bill.