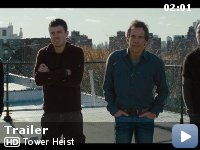 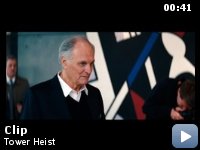 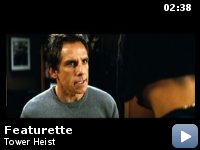 When a group of hard working guys find out they've fallen victim to a wealthy business man's Ponzi scheme, they conspire to rob his high-rise residence.

Storyline
Josh Kovacs is the manager of a residential apartment in New York. He is close to all the tenants, especially Arthur Shaw, a financier. One day Shaw is arrested by the FBI for fraud. Josh thinks it's a misunderstanding that can be resolved. But later he learns that the employees' pension which he asked Shaw to handle is gone. When one of the employees tries to kill himself, Josh's views of Shaw change. He goes to see him and loses his temper. He loses his job. The FBI agent in charge of Shaw tells him that Shaw might walk and recovering the pension fund is unlikely. She tells him that it's been rumored that Shaw has 20 million laying around if he needs. Josh thinks he knows where it is. So with two other employees who also lost their jobs and an evicted tenant, they set out to get into Shaw's penthouse to get the money. But they realise they need the assistance of someone who knows what they are doing…

The only improvised scene is when Odessa instructs Slide how to crack a safe in a very suggestive manner.

Better Than I Expected


I was able to see one of the first screenings of Tower Heist last
night. I went in just happy to see a free movie two weeks before its
release, but at the same time I was not expecting this movie to be that
funny. With that said, it was a lot better than I expected.

Eddie Murphy's character was an over-the-top funny type of guy and Ben
Stiller had his moments of over-the-top humor too. The plot itself is
obviously not that believable, but let's be honest, if you go into this
movie expecting an "Italian Job-like" heist plot then you might as well
not even go.

The supporting roles in this movie were really good and the film is
filled with great one liners. There were a couple of lines that didn't
really turn out as funny as the writer probably thought, but all that
said it is worth the watch.