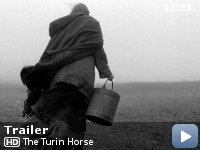 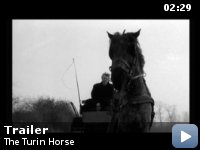 A rural farmer is forced to confront the mortality of his faithful horse.

Storyline
1889. German philosopher Friedrich Nietzsche witnessed the whipping of a horse while traveling in Turin, Italy. He tossed his arms around the horse's neck to protect it then collapsed to the ground. In less than one month, Nietzsche would be diagnosed with a serious mental illness that would make him bed-ridden and speechless for the next eleven years until his death. But whatever did happen to the horse? This film, which is Tarr's last, follows up this question in a fictionalized story of what occurred. The man who whipped the horse is a rural farmer who makes his living taking on carting jobs into the city with his horse-drawn cart. The horse is old and in very poor health, but does its best to obey its master's commands. The farmer and his daughter must come to the understanding that it will be unable to go on sustaining their livelihoods. The dying of the horse is the foundation of this tragic tale.

Bernhard:
Theirs is the moment… nature, infinite silence.

Extraordinary and haunting film about the apocalypse…


For most of the film's length we watch a father and daughter's sparse
and bleak existence in a remote farmhouse, blasted by an eternal wind.
Only a couple of visitors come to break the near-silent existence of
this couple and their ageing horse. Out of this silence and the wind
and the darkness, an apocalyptic vision of a fallen, corrupt world
emerges.

It's a unique and haunting film, like a filming of a near-wordless play
of Beckett, stained with an indelible sadness and regret that our world
cannot be saved from darkness. Along with SATANTANGO and WERCKMEISTER
HARMONIES, this is another masterpiece from Bela Tarr and his regular
band of collaborators.