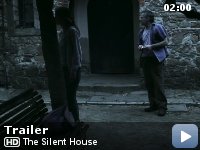 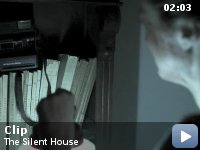 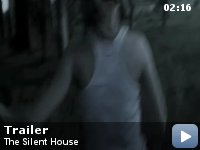 Storyline
The plot is based on a true story that happened in the late 40's in a small village in Uruguay. The film focuses on Laura, who, second by second, intends to leave a house which hides an obscure secret, unharmed. Laura and her father Wilson settle down in a cottage they have to renew since its owner will soon put the house up for sale. They will spend the night there and repair the following morning. Everything seems to go smoothly until Laura hears a sound that comes from outside and gets louder and louder on the upper floor of the house. Wilson goes up to see what is going on while she remains downstairs on her own, waiting for her father to come down.

For the most part an effective thriller/horror

This horror film is remarkable for a few reasons. Firstly it's from
Uruguay, a nation not known for it's film industry. Secondly, it's
filmed (allegedly) in one single take, giving it a real time effect.
Thirdly, despite it's apparent low budget, it is for the most part an
effective horror/thriller.

A father and daughter arrive at a remote house which they are set to
clean up the following day. As they settle in for some sleep, the
daughter Laura hears some strange noises coming from upstairs.
Eventually she persuades her father to take a look only for something
to attack and kill him. From then on Laura, creeps from room to room,
not knowing what or who is with her. With all the outside doors locked
she finds a key giving her an escape to the outside world, where she
encounters the house owner, who on seeing Laura covered in blood, goes
inside to investigate and on return he persuades her to reenter the
house. At first they find nothing, including the body of her father and
then the the attacker strikes again, knocking down but not killing the
owner, Nestor.


From here the plot turns, it appears that Laura and Nestor had a child
who is no longer alive and Laura is exacting her revenge. She kills
Nestor and the camera fades to black, before we are then presented with
a serious of Polaroid photos that suggest an untoward relationship
between Laura, her father and Nestor.

The film is for the first two parts very effective, once you get past
the in and out of focus camera work outside of the house. Once inside,
with the house boarded up, the only light is via two halogen lamps and
a few candles. Once the noises start, the darkness becomes unsettling,
we the viewer constantly scan the to look for clues of what is or isn't
there. Much of the camera work stays very close to Laura and the use of
mirrors helps give some sense of perspective as she moves from darkened
room to darkened room. The strange sounds that fill the darkness add a
sense of terror to the proceedings. The are some genuinely unnerving
moments during this part of the film and there is some relief as she
manages to get outside. The return of the owner Nestor and their return
into the house reignites the sense of fear and we get glimpses of what
may be the cause and there is a clever use of the flash from the
Polaroid camera which literally illuminates an otherwise blacked out
space.

Then the plot seems to twist and suggests that it is Laura who has
killed her father and Nestor, the revenge she has taken for the fact
her child is dead. It's this plot twist changed my enjoyment of the
film. At first I didn't get it, but on further thinking it does sort of
make sense, albeit in a quite clever way that there is the suggestion
of untoward events and yet it is merely Laura taking revenge and the
sounds are perhaps manifestations of her mind. Yet it still doesn't
quite add up, how did she manage to get the body into the chair when
the camera suggests otherwise? It's details like those that don't make
sense. Also the outcome and reason behind her actions are not obviously
explained, which further confuses me, I mean maybe I'm stupid or maybe
I missed a vital plot point, or maybe in this instance what you see is
literally not what you get.

The film for some may be riddled with clichés, nursery rhyme music, the
use of mirrors or the don't go upstairs warning and Laura's constant
snuffling for some reason reminded me of the dog Muttley from Wacky
Races when he laughs. It is however a great accomplishment for reasons
stated at the top and for the most part it plays as an effective and
tidy piece of horror/thriller.

More of my reviews at iheartfilms.weebly.com

TagsUruguay
Nothing to Declare
The Mechanic