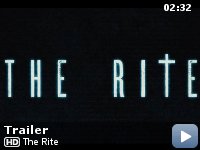 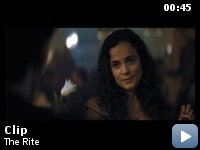 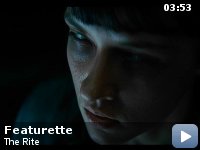 An American seminary student travels to Italy to take an exorcism course.

Storyline
Michael, the son of a funeral director grows indifferent to his father and joins a Seminary. On his way to the course completion, he is overwhelmed by a strong lack of faith. His religious beliefs are further jolted when he sees a young girl haplessly dying in a road accident for whom he reluctantly performs the ritual to absolve her sins. His mentor still believes in him and urges him to go to Italy to take an exorcism course hoping that he it would strengthen his faith in Christianity. In Italy he attends a session from Father Xavier who soon becomes aware of his skepticism. As a result he sends him to an eminent Jesuit exorcist, Father Lucas, whose ways though questionable are quite effective. He witnesses the exorcism of a sixteen year old girl but still seems unconvinced. Father Lucas explains to him that it takes multiple sessions over a long stretch of time to completely free a victim from the demon…

Mikael Håfström attended exorcisms to prepare for directing the film. He was not allowed to witness them, but he could hear what was happening from outside the door.

Errors made by characters (possibly deliberate errors by the filmmakers):
When Rosaria dies, the policeman in uniform has the gun hooked to his belt with the stock on the wrong side.

Father Lucas Trevant:
What is it that you believe?

Michael Kovak:
That's not the devil.

Father Lucas Trevant:
Does a thief or a burglar turn on the lights while he's robbing your house? No. He prefers you to believe that he's not there… like the devil!

Anthony Hopkins at his best


The Rite looked like it would be a mixed bag right from the start. The
film seemed to suffer the same fate many other films before it fell
victim to and that's giving away too much of the storyline in the
trailers. On top of that, it was a film that revolved around exorcism
which is a subject that usually leads to disappointing results.
Expectations would lead one to believe that The Rite would have enough
momentum to reel you in only to drop the ball during its finale similar
to last year's The Last Exorcism (except hopefully without the
appearance of a neon red, glow in the dark fetus). Luckily, the film
has a few surprises up its sleeve.


The cinematography in the film is probably the first thing you'll
notice visually. The opening of the film makes things like dripping
embalming fluid, a swing set on a playground, and an overturned
shopping cart seem more interesting than they really are. Rain is an
element used fairly often in the film to usually signify when something
has gone wrong or is about to. Whether the camera is placed up high to
make it seem like you're looking down on the cast from the heavens or
down low as if you're looking up at them from the depths of the earth,
the rain sequences in the film are definitely some of the most
memorable due to the camera work.

This is probably a pretty obvious statement, but the film is worth
seeing for Anthony Hopkins alone. It's not that Colin O'Donoghue does
poorly since he certainly has a strong screen presence and does a
fantastic job carrying the film, but Hopkins just manages to trump that
while stealing every scene he's in and rightfully so. Father Lucas
Trevant is the strongest and creepiest role Hopkins has played since
Hannibal Lecter and his best role overall in years. It's just amazing
seeing a man in his seventies give a performance that's this physical
and this absorbing. Speaking of distinguished actors, it was nice
seeing Rutger Hauer as well even if it was just for a small role.

The dream sequences and hallucinations in the film may have been my
hands down favorite. I've always been a fan of the surreal, the
imaginative, the creative, and the things that don't seem to make sense
at first but gain meaning as the film or story progresses. I never
thought I'd find myself intrigued with the actions of a mule or that
frogs could have an even deeper meaning than what you're probably
expecting, but The Rite accomplishes this very well.

Thankfully, The Rite delivers an exorcism film that is actually worth
seeing. It'll probably be forgotten about in a year filled with so many
blockbuster film releases, but considering that January and February
are usually filled with such monstrous duds at the box office The Rite
manages to surpass expectations. While the film does seem rather
reminiscent of The Last Exorcism and borrows the atmosphere from the
Heath Ledger film The Order, The Rite is actually a better experience
overall. With an engrossing performance by Anthony Hopkins along with a
fairly strong cast all around, its fantastic cinematography, surreal
dream sequences, and a satisfying conclusion that doesn't hint at a
sequel, The Rite is actually a surprisingly decent film all around.

TagsHungary Italy
The Silent House
You and I