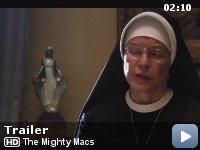 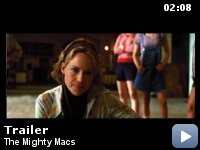 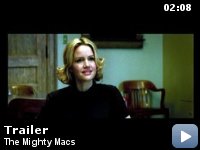 In the early 70s, Cathy Rush becomes the head basketball coach at a tiny, all-girls Catholic college. Though her team has no gym and no uniforms — and the school itself is in danger of being sold — Coach Rush looks to steer her girls to their first national championship.

Storyline
It's 1971. Cathy Rush is a woman ahead of her time, and she's about to embark on an adventure for the ages. A new era is dawning in the country and in collegiate athletics, where a national champion will be crowned for the first time in women's basketball. In the lead up to this historical season, major universities are preparing their game plans to win that first title. Meanwhile a tiny all-women's Catholic college in Philadelphia has a more modest goal: find a coach before the season begins. Providentially, Cathy Rush is about to find Immaculata College. Recently married, Cathy is dealing with the aftermath of a truncated playing career. While cultural norms would have her staying at home, she's willing to do the hard work necessary to help her new team reach their goals-or perhaps she's just trying to achieve her unfulfilled dreams through them. From the beginning…

Taglines:
She dared to dream. They dared to believe.

Anachronisms:
Early in the film as Coach Cathy Rush checks out the school's activity room, boxes with laser printed labels (both taped on and sealed onto) can be seen. This film takes place in the early 70's and such printing (fonts, style etc) wouldn't have been available.


Based upon the true story of the Immaculata College women's basketball
team, it is thoroughly refreshing to see a G-rated film with human
actors in it. This values-oriented sports drama has the feel of an
older, classic Hollywood film that emphasizes the importance of
personal dreams, the will to win, and the need for shared sacrifice to
achieve success.


These women were at the forefront of everyday women's liberation,
depending upon themselves rather than politicians or demonstrations to
achieve their goals. Their combined efforts helped to put college
women's athletic programs "on the map". Later achievements of
individual team members in women's athletics, business, non-profit
foundations and academia tell us just how special these women really
are.