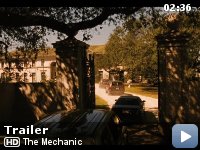 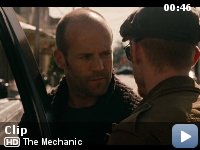 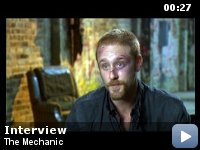 Follows an elite hit man as he teaches his trade to an apprentice who has a connection to one of his previous victims.

Storyline
Arthur Bishop (Jason Statham) is a 'mechanic' – an elite assassin with a strict code and unique talent for cleanly eliminating targets. It's a job that requires professional perfection and total detachment, and Bishop is the best in the business. But when his mentor and close friend Harry (Donald Sutherland) is murdered, Bishop is anything but detached. His next assignment is self-imposed – he wants those responsible dead. His mission grows complicated when Harry's son Steve (Ben Foster) approaches him with the same vengeful goal and a determination to learn Bishop's trade. Bishop has always acted alone but he can't turn his back on Harry's son. A methodical hit man takes an impulsive student deep into his world and a deadly partnership is born. But while in pursuit of their ultimate mark, deceptions threaten to surface and those hired to fix problems become problems themselves.

Taglines:
Someone has to fix the problems.

The "Mechanic Needed" photo of Harry that Bishop sees on his laptop is a publicity still of Donald Sutherland at the 2009 Palm Springs Film Festival Awards Gala. Another still from this event is the primary photo of Sutherland's IMDb page.

Revealing mistakes:
Towards the end of the movie, when Steve pulls out a record to play on Arthur's record player, the cover has "Jazz" written in the corner, however when the music starts, it is Schubert's Trio n#2, which is classical music.

Arthur Bishop:
What I do requires a certain mindset. I do assignments; designated targets. Some jobs need to look like accidents. Others must cast suspicion on someone else. A select few need to send a clear message. Pulling a trigger is easy. The best jobs are the ones nobody even knows you were there.

An all around entertaining action-thriller.


I am in no way familiar with the original Charles Bronson film The
Mechanic from 1972, but that may have actually been a benefit with a
film like this. This remake does seem to be targeted toward my
demographic though. The Mechanic caters to those who enjoy hard-hitting
action films with a lot of blood that spews more vulgarities than you
care to keep track of with a fair chance of nudity along the way. Truth
be told, if done right those types of films can be massively
entertaining and The Mechanic definitely falls into the "done right"
category.


Jason Statham really seems to be hit or miss when it comes to how
entertaining his films are and lately his work just hasn't been all
that satisfying. The Expendables left a really sour taste in my mouth,
so I wasn't sure how The Mechanic would turn out. However, this film
was actually able to put Statham back in top form since it was able to
deliver a pretty great story to compliment Statham's bone crunching
fight sequences he's become notorious for. Despite the fact that the
dialogue is filled with F-bombs left and right, it fit the overall tone
of the film very well. Ben Foster wasn't disappointing either. Foster
is one of those incredible talents in his early thirties that most
people seem to overlook as having endless potential. As far as his
performance in The Mechanic, it isn't quite as powerful as he was in
The Messenger but seems to be more similar to his role in Hostage yet
refined a bit to leave his true motives questionable.

Donald Sutherland also makes the most of his short time on screen. He
has two scenes with Jason Statham where he makes two fairly long
speeches that seem to stick with you long after his character is gone.
That's how short-lived characters in films like this should be;
memorable.

The one thing the film falls victim to is the shaky camera during fight
and chase scenes. It works most of the time and isn't hard to follow,
but there were two scenes involving Jason Statham's character where it
was hard to distinguish everything that was being shown because of this
technique. It's just when two guys are in a scuffle and they're
throwing fists or hurling their legs at their opponent, the camera
whipping back and forth at the same time doesn't really help matters.
Now some guy's dead, another falls to the ground after we hear a snap,
and another is clutching his stomach even though we only saw the main
character move twice. The technique gets confusing and either needs to
be modified somehow or dropped altogether for something new.

The Mechanic is actually really entertaining and is very much the
definition of a guy film. It's packed to the brim with explosions,
bloody headshots, broken limbs, and even a hefty and destructive car
chase sequence. The film is worth seeing for Ben Foster's performance,
but it's nice to see Jason Statham in a film that isn't disappointing
for once. Overall, The Mechanic is dark, gritty, bloody, and just a
hell of a lot of fun.