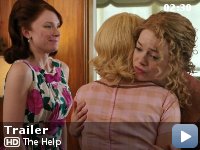 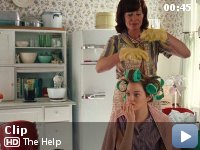 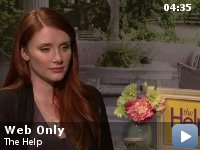 An aspiring author during the civil rights movement of the 1960s decides to write a book detailing the African-American maid's point of view on the white families for which they work, and the hardships they go through on a daily basis.

Storyline
Set in Mississippi during the 1960s, Skeeter (Stone) is a southern society girl who returns from college determined to become a writer, but turns her friends' lives — and a Mississippi town — upside down when she decides to interview the black women who have spent their lives taking care of prominent southern families. Aibileen (Davis), Skeeter's best friend's housekeeper, is the first to open up — to the dismay of her friends in the tight-knit black community. Despite Skeeter's life-long friendships hanging in the balance, she and Aibileen continue their collaboration and soon more women come forward to tell their stories — and as it turns out, they have a lot to say. Along the way, unlikely friendships are forged and a new sisterhood emerges, but not before everyone in town has a thing or two to say themselves when they become unwittingly — and unwillingly — caught up in the changing times.

Taglines:
Change begins with a whisper.

Allison Janney and Brian Kerwin are married in this film. In
The West Wing Janney's character dated a park ranger played by Kerwin.

Anachronisms:
The first act is set in 1963, but in a few early scenes a 1964 Oldsmobile Ninety-Eight convertible can be seen in the background.

Woman:
And did you know as a girl growing up that one day you'd be a maid?

Aibileen Clark:
Yes ma'am, I did.

Woman:
And you knew that because…

Aibileen Clark:
My mama was a maid. My grandmama was a house slave.

Woman:
[whispering as she writes down]
"house slave…" Did you ever dream of being something else?

Woman:
What does it feel like to raise a white child when your own child's at home being looked after by somebody else?


I just returned from seeing a special preview of "The Help," which is
due out in theaters this summer.

Okay, so here's the truth: I'm a middle-aged, white male… I didn't
read the book and I assumed, based on the fact that this is a virtually
an all-female cast, that this was some sort of chick flick. Boy, was I
wrong!

This is an incredible film that not only pays justice to the bestseller
on which it's based (according to those who have read the book AND seen
the film), but is phenomenally cast, with exceptional performances by
Viola Davis, Emma Stone, Octavia Spencer, Bryce Dallas Howard and
Allison Janney. Veteran actresses Sissy Spacek and Cicely Tyson also
deliver incredible performances. While Tyson's character is central to
the storyline, her role comprises what seems to be a few, precious
minutes of the 2:20 running time, she delivers, in my opinion, one of
the most powerful and moving moments in the film…one in which she
doesn't even utter a line (trust me, you'll know when you see it.)

The Help also delivers some very funny moments and will make you laugh.
I'll go so far as to say that this film and a few of its cast members
will draw some Oscar nominations. I certainly think this takes Stone
into a whole new level.

The racial imbalances of 1963 are well illustrated in "The Help," and
will, no doubt, underscore how far America has come, as well as how
little progress we've made in the last 50 years. Either way, this is a
powerful movie that needs to be seen on the big screen as soon as you
can get a ticket.

TagsUSA
Rise of the Planet of the Apes
The Future