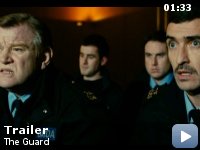 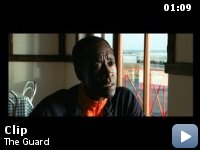 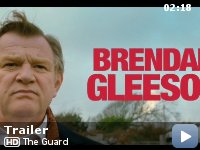 An unorthodox Irish policeman with a confrontational personality is teamed up with an uptight FBI agent to investigate an international drug-smuggling ring.

Storyline
Sergeant Gerry Boyle is a small-town Irish cop with a confrontational personality, a subversive sense of humor, a dying mother, a fondness for prostitutes, and absolutely no interest whatsoever in the international cocaine-smuggling ring that has brought straight-laced FBI agent Wendell Everett to his door.

The tune being played by the band in the "Hooker Bar" scene is an old Irish melody first documented by Alexander Stuart in 1726, named 'Gilderoy'. It was to become famous in the late 19th century as "The Star of the County Down" by Cathal Mac Garvey.

Continuity:
(00:03:30) When Sergeant Gerry Boyle is first meeting Garda Aidan McBride at the murder scene, he stops his police car while the windshield wipers are up. In the immediate next shoot they are down.

Sergeant Gerry Boyle:
This is a Gaelic speaking region. Did they not teach you that at Langley?

FBI agent Wendell Everett:
No, they did not teach us that at Langley. For the simple fact that Langley is the CIA, you idiot, not the FBI!

Gleeson commands the screen from start to finish. Hilarious.


Michael McDonagh is the brother of one of the funniest writers in the
world just now. Like him, he is a foul mouthed upstart with a unique
ability to investigate Irishness with tremendous energy and vividness.

I was lucky enough to attend the premiere in Edinburgh this week and
enjoyed what is another great addition to the McDonagh canon of work.

Inevitably it has to be compared to the superior In Bruges but this is
no lightweight cast off. Particularly when it one again focuses on a
heavyweight performance by Irish heavyweight, Brendan Gleeson. In "In
Bruges" Gleeson had to battle for compliments against Colin Farrell who
has never performed better and had most of the best lines. Not here.
This is all Gleeson, ably abetted by Don Cheadle as the Black FBI agent
drafted in on the back of a glittering career to track down a bunch of
slightly bungling drug runners in sleepy old Conemarra – Gleeson's
patch.

Gleeson and Cheadle spar well and develop a likable relationship,
despite this it's not the heart of the movie; that belongs, again, to
Gleeson in a tour de force performance.

Cheadle's good and is a great foil. The baddies are less well developed
characters and, for my taste, were slightly too caricaturised.

It's not a life changing film but it has to be seen for Gleeson's
complete mastery of McDonagh's marvellous script.