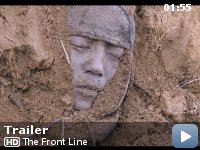 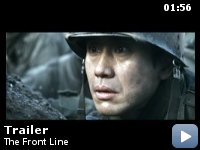 A drama centered on the Korean War's final battle that will determine the border between north and south.

Storyline
Towards the end of the Korean War an uneasy ceasefire is ordered, but out on the Eastern front line of the Aerok Hills fierce fighting continues. A race to capture a strategic point to determine a new border between the two Koreas is the ultimate prize. A bullet is then found in the body of dead company commander of the South Korean army. The bullet that killed the company commander belongs to the South Korean army. Lieutenant of the Defense Security Command Kang Eun-Pyo is ordered to go out into the Eastern front line and investigate the murder. When Kang Eun-Pyo arrives in the Aerok Hills he is surprised to find his old friend Kim Soo-Hyeok commanding troops in the Aerok Hills. Kang Eun-Pyo believed Kim Soo-Hyeok was dead. In their younger years, Kim Soo-Hyeok was a meek student, but he eventually became the leader of Aerok company as a lieutenant. The situation in the Aerok company raises many flags in the eyes of Kang Eun-Pyo…

The Front Line Go-ji-jeon is not as good as Tae Guk Gi: The Brotherhood
of War, which is one of the best war films from any country. What it
does give you is a good example of the futility of war and how events
in war can made little sense to a sane person. One of the interesting
points in the movie was the signing of the peace documents during the
ongoing peace negotiations and see General Mark Wayne Clark's signature
focused on. General Mark Wayne Clark was considered by many to be one
of the worst examples of the leadership chain in the US Army during
World War II, do a little research on Clark and it will help you
understand that there were a few very inept Generals in the US military
just as there are poor CEO's in the corporate world today. Again very
good war flick and another good movie from South Korea.