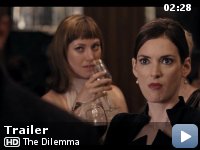 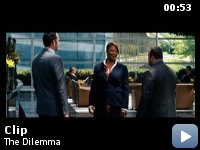 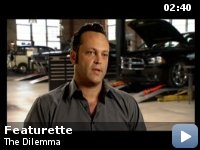 A man discovers that his best friend's wife is having an affair.

Storyline
A man finds out that what you don't say to a friend is just as important as what you do is this story of how far you can bend a brotherly bond before it snaps. Since college, confirmed bachelor Ronny (Vaughn) and happily married Nick (James) have been through thick and thin. Now partners in an auto design firm, the two pals are vying to land a dream project that would launch their company. Ronny's girlfriend, Beth (Connelly), and Nick's wife, Geneva (Ryder), are by their sides. But Ronny's world is turned upside down when he inadvertently sees Geneva out with another man and makes it his mission to get answers. As the amateur investigation dissolves into mayhem, he learns that Nick has a few secrets of his own. Now, with the clock ticking and pressure mounting on the biggest presentation of their careers, Ronny must decide what will happen if he reveals the truth to his best friend.

Jennifer Garner was cast but dropped out and was replaced by Jennifer Connelly.

Continuity:
When Ronny follows Geneva into the bar during the hockey game and confronts her about the affair, the Chicago Blackhawks are wearing different uniforms on the televisions in the bar then they are in the live game.

Ronny Valentine:
I just saw my best friend's wife with another man. I'll send you a check.

I can't even begin to tell you where this movie goes wrong, because it
never seemed to go right. For the first 30 minutes of the movie, there
is nothing remotely funny, original or entertaining. I gave it the
benefit of the doubt, telling myself "ok, Ron Howard is just setting up
the premise. It will get better." But it doesn't. Not a bit.

I had to repeatedly resist the urge to take out my phone and play Skee
Ball. I should have, however, given in to the temptation to leave the
theatre and demand my money back.

PS to the studio – don't market a film as a comedy if its not remotely
funny. It does nothing to enhance your already tarnished reputation.
(Clearly you are still pumping out left over crap from 2010)

TagsUSA
Nobody Else But You
Rabbit Hole