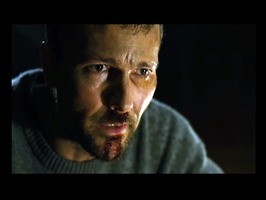 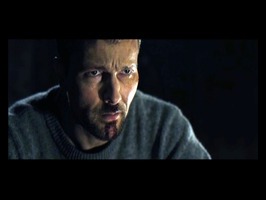 Set in the Channel Islands on the eve of D Day,two Kiwi commandos, sent to destroy German gun emplacements to distract Hitler's forces away from Normandy, discover a Nazi occult plot to unleash demonic forces to win the war.

Storyline
Set in the Channel Islands on the eve of D Day,two Kiwi commandos, sent to destroy German gun emplacements to distract Hitler's forces away from Normandy, discover a Nazi occult plot to unleash demonic forces to win the war.

Taglines:
War is a Bitch

Joe Tane's character was originally going to be killed off in the opening five minutes when the production was going to be funded by Paul Campion, with only enough money to pay for three actors for the rest of the film.

Factual errors:
When he pulls the bullet from the wounded German officer's stomach, the bullet is mushroomed. Military bullets are required by the laws of war to be full metal jacketed and not to expand.

Col Klaus Meyer:
You can thank your own people for this little trick. Was it not your own gangster commandos who raided these very islands, killing innocent German prisoners with their hands behind their backs. Cathartic is it not, the release of pain surging through your body.


When I first saw the low rating of this film, I had my doubts on
watching it. Reading the plot summary, it seemed like a far-fetched
concept that could only lead to cheesiness. I was wrong.

As was said by the other reviewer, the first thing I noticed was the
solid acting performances of all the characters, be it main or
supporting. The film had a good feel to it, and kept me at the edge of
my seat all throughout. There were also moments of creepiness where
you'd probably hold your breath, tensely waiting on what would happen
next. The story was quite good and it held the film together until the
very end.

All in all, this is a film I would recommend to fans of the genre. I'll
definitely be adding this to my collection.

I was honestly puzzled as to the low rating of this movie. Though I
know it's not a great film, it definitely is a front runner and a
notably good piece of work. Perhaps the people who gave it such a low
rating wanted a gore fest or something with less…dialogue. I hope,
dear reader, you won't be another sheep that just follows the opinion
of the majority. Watch the film for yourself and be your own judge.
It's the only way of discovering gems such as this.