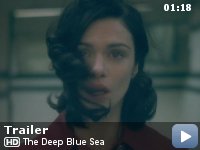 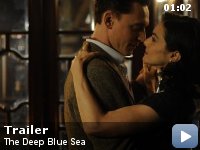 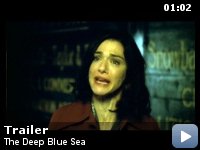 The wife of a British Judge is caught in a self-destructive love affair with a Royal Air Force pilot.

Storyline
The wife of a British Judge is caught in a self-destructive love affair with a Royal Air Force pilot.

Terence Davies wanted Rachel Weisz for the part of Hester Collyer after he noticed her and her "incredible talent" in
Swept from the Sea. He called his agent to meet Weisz, who he hadn't heard of before seeing her in that film, saying "Have you ever heard of this girl Rachel Weisz?". His agent joked him by answering "She's an Oscar winner!". Weisz laughs at this by saying "I don't think Terence (Davies) knows very well anyone who's not in a black and white film".


I had to watch this movie twice because I was "distracted" so to speak
upon the first viewing and had to come back for a more objective
viewing!

Based on the Terence Rattigan play of the same name, the movie tells
the story of the wife of a British judge (Weisz and Beale respectively)
in 1950s London, who leaves her husband for a young ex Royal Airforce
pilot (Hiddleston).

First impressions: this movie hurts. I came out of the cinema deeply
affected by the ending of the play – in particular the intense dialogue
exchange between Hester and her lover Freddie. It was Hiddleston's
delivery of the lines "I don't enjoy hurting you. I'm not a sadist.
We're lethal to each other. It's over Hess" which killed me. The glint
of a tear in his eye and the tangible sadness… it's a slow burning
pain!

It wasn't until the second viewing that I realised the flaw in the
movie. Freddie isn't the character I'm supposed to be empathising with!
It's Hester!

However, I found this a little difficult especially in light of the
fact that I didn't necessarily believe Rachel Weisz… she is fabulous
and I adore her as an actress, but there was something about the
deliberateness of her acting which was perhaps too theatrical to be
genuine?

Then on the other hand… maybe we're not supposed to pity Hester either?
All the characters are clearly meant to be flawed in this story. Hester
is extensively emotionally needy (seriously, who contemplates suicide
if their other half forgets their birthday!?), her husband William is
sweet but boring and too much of a mummy's boy, and Freddie is a
drunkard (supposedly, though you don't really get the idea of that in
the movie as opposed to the fact that he just got drunk after learning
of Hester's extremities). I read the play to try clarify this
discrepancy but I know as much now as I did in the beginning. Like all
literature – everything is open to interpretation!

The movie is slow – which many people may find off putting. But I have
watched far slower movies than this! My main criticism of this movie is
that it feels more theatrical than genuine at times… only Hiddleston
and Beale are the only two who display entirely credible sincerity.
Having said that, the movie is intense and the music plays a strong
role. The violin concerto features heavily – some will find it
melodramatic, but in my opinion, it's just Terence Davis! He does
manage to recreate some lovely moments with music – such as singing and
dancing in the pubs and in the underground bomb shelter scenes.

It isn't some sweeping love story set in wartime, but instead a very
simplistic capture of a day in the life of the protagonist Lady Hester
Collyer. It's funny, the movie gives a dimension to the written play,
yet the play feels incomplete without the movie! It would be wrong to
compare the two instead of on their own merits… but I have yet to make
up my mind on how I feel about this movie. I think I shall have to let
it simmer and see how it ages…