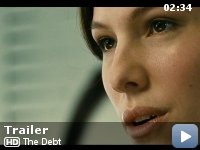 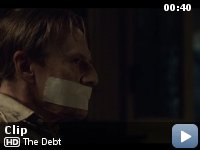 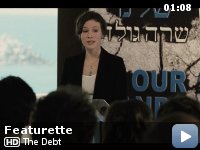 Storyline
The espionage thriller begins in 1997, as shocking news reaches retired Mossad secret agents Rachel (Helen Mirren) and Stefan (Tom Wilkinson) about their former colleague David (Ciarán Hinds). All three have been venerated for decades by their country because of the mission that they undertook back in 1965, when the trio (portrayed, respectively, by Jessica Chastain, Marton Csokas, and Sam Worthington) tracked down Nazi war criminal Vogel (Jesper Christensen) in East Berlin. At great risk, and at considerable personal cost, the team's mission was accomplished – or was it? The suspense builds in and across two different time periods, with startling action and surprising revelations.

Tom Wilkinson and Ciarán Hinds had both worked previously with Helen Mirren on the TV hit series Prime Suspect. Wilkinson in season 1, and Hinds in season 3.

Anachronisms:
Vogel uses latex gloves when examining Rachel in 1966, but this was not common in medical practice before the 1980s.


With a screenplay from successful duo Matthew Vaughan and Jane Goldman
(among others) and directed by John Madden (Mrs Brown, Shakespeare in
Love) and featuring a strong cast 'The Debt' has a great pedigree.

This action drama begins in 1997 with highly touted former Mossad agent
Rachel (Helen Mirren) at a party to celebrate the release of her
daughter's book based on events that involved Rachel and her fellow
former agents Stefan (Tom Wilkinson) and David (Ciaran Hinds). All
seems well until the past comes back to revisit them.

The action moves back and forth between1997 and 1965 and the dangerous
mission in East Berlin the trio undertook to track down and kidnap a
Nazi war criminal, Dieter Vogel (played with a combination of evil
charm and chilling menace by Jesper Christensen).

Young Rachel (Jessica Chastain), Stefan (Marton Csokas) and David (Sam
Worthington) must accomplish a dangerous mission behind the Iron
Curtain. They must deal with the authorities, the cunning Vogel and
each other. The question the film poses to the viewer is: did the team
succeed? Tension and suspense are deftly built and sustained as the
plot continues across the two different time periods. This is a film
with a strong subject matter, frenetic and desperate action sequences
and is at times highly unsettling and claustrophobic.

See, this is not just your standard thriller with stylish flashbacks.
This also explores themes of love, fear, guilt and redemption in a
story that unfolds over the course of thirty two years.

Ambitious and hard hitting 'The Debt' gripped me from beginning to end
and despite its gritty feel and tough subject matter it managed to move
at a good pace and asked pertinent questions. You wonder what you would
do in the situations the characters in the film find themselves in
which is a strong selling point.

Too often these days film and television takes the moral high ground
where a pseudo reality exists where everything is between good and evil
and choices are black and white. Well, this film does not patronise the
viewer and offers challenging and believable action and dilemmas.

It's not the best thriller I have ever seen, but it succeeds on its own
merits thanks to its strong story, capable cast and assured direction.