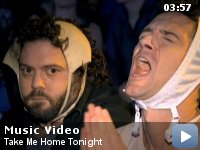 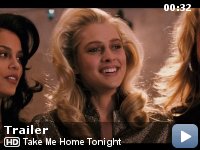 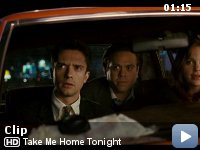 Four years after graduation, an awkward high school genius uses his sister's boyfriend's Labor Day party as the perfect opportunity to make his move on his high school crush.

Storyline
It's the late 1980s, when Wall Street is riding high, and it seems as if the entire country is cashing in on the bumper profits. Disgusted with the materialism that surrounds him, Matt Franklin, a brilliant young MIT graduate, has walked out on his well-paid position at a local lab and taken a low-level job as a video clerk, much to his father Bill's consternation. And the crises keep piling up in Matt's life. His best buddy Barry has just gotten fired from his job, his brainy sister Wendy is getting hitched to her vapid boyfriend Kyle, and the gorgeous Tori Frederking, long-time object of Matt's unattainable adoration, is suddenly back in the picture. Now, on one wild, woolly and irresponsible evening, everything is coming to a head, with explosive results.

When Matt is talking with Tori at Suncoast Video, a movie poster can be seen behind Matt for the film American Graffiti, which followed a similar plot of one summer night in the lives of a group of California youths in the year 1962.

Anachronisms:
Anachronisms: When Barry is fired and gets into Mike's sister's car, as they pull out immediately behind them is a Porsche 928 GTS – this model wasn't available until 1992; the correct model should have been an S4. The GTS model has a band of red reflector across the rear connecting the light clusters. The S4 (correct car for 1988) has none.


There was an attempt to follow up That 70s Show with a disastrous and
thankfully short lived That 80s Show. This should have been it.

Fast Times at Ridgemont High is the first name that comes to mind when
one thinks of the 80s movies about kids in high school/college. Take Me
Home Tonight takes it a step forward going for 'what next?'. And it
succeeds, while not going too serious and keeping it feel-good in the
lines of the aforesaid movies. Topher Grace, one of the co-writers of
the story, naturally fits into the character drawing from the
perfection with which he fitted Eric Foreman of That 70s Show. You
can't help feel this i exactly Eric in the 80s (apart from the fact
that the character's apparently an MIT grad). One can't help notice the
resemblance of Teressa Palmer to Kristen Stewart, but thankfully, she
can act a bit. Rest of the cast fit their roles perfectly, with a huge
cry to Chris Pratt and Dan Fogler.

Saw this movie at a free screening (woot!) followed by a Q&A session
with Topher and Teressa where Topher said the first thing they did was
make a mix-tape of 80s classics and then set on doing the story and
henceforth. You totally get that, with some pretty rad soundtrack which
brings a smile to all 80s fans.

All in all, went in expecting a no-brainer to get a good relief from
the lab-work, got out pretty satisfied and rejuvenated. Sure it still
is a no-brainer, but seeing it once in a while will bring a smile to
the face. And I'm always up for reruns on headcramped days.