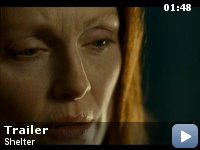 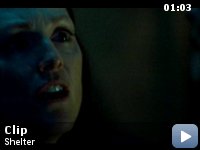 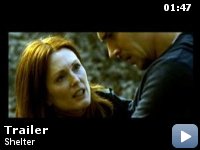 A female forensic psychiatrist discovers that all of one of her patient's multiple personalities are murder victims. She will have to find out what's happening before her time is finished.

Storyline
In Missouri, the forensic psychiatrist Cara Jessup rejects the theory of dissociated or multiple personalities and the prisoner of the death row Joseph Kinkirk has no remission from the governor and is sent to lethal injection. Cara is a widow that raises her daughter Sammy with the support of her brother, Stephen Harding, and Catholic that believes in God. Her father, Dr. Harding, invites Cara to interview the patient David Bernburg, who is a sweet man. Out of the blue, David impersonates the aggressive personality of Adam Saber. Cara is intrigued with the mystery and visits David's mother Mrs. Bernburg (Frances Conroy), who tells her that David had passed away a long time ago. Cara invites Mrs. Bernburg to visit Sam in the hospital and they are surprised with the knowledge of the patient about David's private life. When Sam shifts his personality to Wesley, Cara decides to go further in her investigation and sooner she learns that each personality is actually a dead person…

(as Brian A. Wilson)

Taglines:
The sheltering has begun.

Continuity:
When Dr. Harding's nose bleeds, the amount of blood switches through the shots.

Cara Harding:
Just because you're older, doesn't mean you're right. It could just mean that you've been wrong for longer.


Based on a previous review here suggesting that fans of The Ring would
like this I went to see Shelter and I think the previous advice needs
more clarification. If you liked The Ring then yes, you'll probably
like this. If however you thought The Ring had pointless cut aways and
sudden close-ups just to try to build tension or make you jump, then
you will be as equally frustrated with this film. Still in the latter
group, I would assume that you loved Ringu and therefore you will
appreciate the story this film is trying to tell despite the occasional
ham-fisted way it goes about presenting it.


Jonathan (male lead) is really quite good, although Julianne comes
across far too much as if she has been cast as Dana Scully. In truth
this whole film would have been more believable if this had of been the
story line for the X Files 2 movie. Knowing that going in will probably
help get past the weird opening 30 minutes where it swings from place
to place until we settle on the story it is wanting to tell. Despite
the plot holes and some questionable decisions by the characters, I did
leave the film feeling pleased and positive about the whole experience.