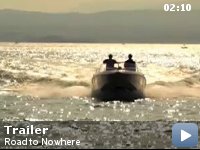 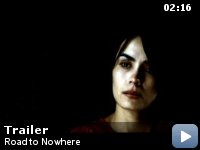 A young filmmaker gets wrapped up in a crime while shooting his new project on location.

Storyline
There's a murky tenuous balance between reality and fiction; particularly when it involves a beautiful young woman, murder, a powerful politico, a missing fortune and suicide. A passionate filmmaker creating a film based upon a true crime casts an unknown mysterious young woman bearing a disturbing resemblance to the femme fatale in the story. Unsuspectingly, he finds himself drawn into a complex web of haunting intrigue, obsessed with the woman, the crime, her possibly notorious past and the disturbing complexity between art and truth. From the Smoky Mountains of North Carolina to Verona, Rome and London, new truths are revealed and clues to other crimes and passions, darker and even more complex are uncovered.

Taglines:
Illusion is the first of all pleasures

One of the most exotic opening scenes in movie history!


Opening medium shot: Shannyn Sossamon is sitting on a bed with her back
to the headboard.The camera begins to move s-l-o-w-l-y toward a closeup
of her face against a backdrop of silence. 3 minutes elapse as we watch
her left hand move toward her face. She is holding a hair dryer. She
turns it on. It blows in her face. During the next 2-3 minutes we watch
as she moves the hair dryer closer to her face. We hear the motor purr.
As this soporific scene concludes it sets the stage for a 120+ minute
film that defies description.

We soon learn that the story is about the shooting of a movie.
Mademoiselle Sossamon has been chosen for the lead in this 'movie
within a movie' She tells the Director she is 'not an actress' but he
wants her anyway. I don't blame him..she's gorgeous and mysterious,
perfect for a part that is the centerpiece of this convoluted,
incomprehensible, maddening movie.

As we watch various scenes of the director 'shooting his movie,' we
become more confused regarding the storyline. When the director needs a
retake, we watch him shoot the same scene over three times.

More than likely the film editor went mad attempting to splice the
scenes together to make a coherent story. Rather than give up, he
spliced the scenes at random, collected his check and vanished. I
commend him for having the courage to allow his name be listed in the
credits.

This movie was an endurance test. After the first 30 minutes, I took a
bathroom break and noticed that at least half the audience had left,
presumably in time to get their money back. I am aware there is an
audience for this type of movie who enjoy obscure plots populated with
ill defined characters. I'll acknowledge that Director Monte Hellman
has style, but I'm unable to describe it. If money is not an object, go
see this movie. But don't delay. I suspect the DVD is imminent.