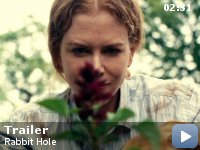 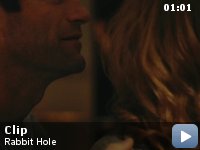 Life for a happy couple is turned upside down after their young son dies in an accident. Based on a play by David Lindsay-Abaire.

Storyline
Becca and Howie Corbett are a happily married couple whose perfect world is forever changed when their young son, Danny, is killed by a car. Becca, an executive-turned-stay-at-home mother, tries to redefine her existence in a surreal landscape of well-meaning family and friends. Painful, poignant, and often funny, Becca's experiences lead her to find solace in a mysterious relationship with a troubled young comic-book artist, Jason – the teenage driver of the car that killed Danny. Becca's fixation with Jason pulls her away from memories of Danny, while Howie immerses himself in the past, seeking refuge in outsiders who offer him something Becca is unable to give. The Corbetts, both adrift, make surprising and dangerous choices as they choose a path that will determine their fate.

Taglines:
The only way out is through.

Stars Nicole Kidman and Aaron Eckhart have both co-starred in movies in the Batman franchise: Kidman played Chase Meridan in
Batman Forever, and Eckhart played Harvey Dent/Two Face in
The Dark Knight.

Errors made by characters (possibly deliberate errors by the filmmakers):
During the fight about erasing the video from her husband's phone, Nicole Kidman's Australian accent can be heard several times.

One of Kidman's best performances.


Following on from his first two audacious features in the niche of
queer cinema, John Cameron Mitchell now enters relatively mainstream
waters to bring us Rabbit Hole, adapted by David Lindsay-Abaire from
his own Pulitzer Prize-winning play. It's a quiet, contemplative film,
brimming with sadness and humor, and lead by a wonderful central
performance.

Nicole Kidman returns to the theme that first brought her to
international attention – that of a mother grieving the loss of a
child, and the emotional aftermath that such a trauma entails. Of
course in the two decades since Dead Calm was released, Kidman has
explored of multitude roles and worked with some of the finest
directors in the industry. She has gained such an authority on screen –
yet somehow, here, she manages to strip away all of our preconceptions
so that we are left with something as raw and natural as she was
opposite Sam Neil at the age of 21. This is her most fully-rounded
character and detailed performance in years – nimble, layered and
completely magnetic.

Becca's journey with her husband Howie (Aaron Eckhart), eight months
after the tragic accident that killed their son, is beautifully
captured by Cameron Mitchell's lens. Despite the film's stage origins,
the story never feels too talky or confined, shots are simple yet
beautifully composed, the editing and pace have a fluid rhythm. The
couple's facade of normalcy – making dinners, attending pious
bereavement groups and keeping up appearances with friends and
neighbors, begins to crack as the mementos of their son's life
disappear. Becca gives his clothes to goodwill and takes his paintings
off the fridge, she accidentally deletes a video of him playing on a
swing – causing a distraught reaction in Howie. The difference in the
way this couple deals with the loss is compelling, and the friction
between them palpable outside of the few explosive scenes.

Their disconnect becomes more and more apparent, and Eckhart plays it
with a wounded humanity that's really effective. Howie wishes they
could "get back on track" and perhaps try for another baby, something
which Becca is not prepared to do. Instead he starts hanging out with
Gabby, a woman from their bereavement group, played by the always
reliable Sandra Oh. Meanwhile prickly moments between Becca and her
irresponsible sister Izzy (Tammy Blanchard) are very well played and
Dianne Wiest provides a lot of warmth and wisdom as Becca's mother, but
doesn't really get a defining moment. Becca both yearns to escape the
reminders of her grief and seeks closure and solace in her pursuit of
Jason, the young man who accidentally ran over her son. This strand of
the story, exploring the idea of parallel universes and fate, gives the
story a unique edge and Miles Teller is easily the stand out of the
supporting cast.

Ultimately what gives this film its power is that Mitchell's focus is
always fiercely rooted in the reality of the situation, side-stepping
the potential sentimentality of the subject – biting humor undercuts
the sorrow and there certain moments of confrontation between Becca,
Howie and Jason that strike quite a visceral chord. The scenes on the
bench between Kidman and Teller contain moments of such purity and
depth as to be heartbreaking – and to me, the final montage is one of
the most sublime and emotionally resonant endings of the past decade. I
can't recommend the film enough, and if there's any justice in the
world Kidman will finally be recognized again by the Academy.