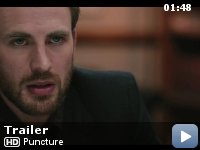 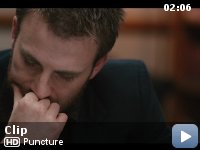 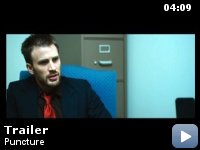 A David and Goliath law drama about a drug-addicted lawyer who takes on a health supply corporation while battling his own personal demons.

Storyline
Idealistic lawyers Mike Weiss and Paul Danziger are partners. Mike is a drug-addict and and Paul is a family man with a pregnant wife. When nurse Vicky Rogers seeks them out, they learn that she has contracted AIDS a couple of years ago when she was accidentally pinpricked with a contaminated needle by a violent patient. Vicky shows a retractable safety needle invented by engineer Jeffrey Matthew Dancort, who owns the Safety Point Company, but is unable to sell his product to any hospital from the United Medical group, apart from San Antonio Memorial. Danziger and Weiss accept the case and go to court against United Medical, defended by powerful lawyer Nathaniel Price. Soon, they see all the doors closed in their fight against the powerful mafia of the medical supply system.

This movie is based on a true story and had the blessing of real-life Weiss and Danziger. Weiss and Danzinger had been approached by an inventor having trouble selling a safety syringe developed to protect health care workers from accidentally being infected by dirty needles due to a major industry needle maker and hospital group purchasing organizations pushing back against the introduction of the new, safer syringes.

Nathaniel Price:
I bet you spent your whole life believing that you, you were born to do something great, make a difference, do something special. Important. But Michael, it's the most ordinary thought anybody ever had.

This is why I love going to the theater!


I didn't know what to expect going into "Puncture," but what I found,
surpassed even my most hopeful wishes for an evening at the movies.
"Puncture" is a perfectly acted true-life story that still has me
thinking about its message 3 days later. It was gripping from the
opening credits and I was emotionally pulled in a number of directions.
Chris Evans proved he can really act, not just dress up as a superhero
and run around a big budgeted set. Mark Kassen was marvelous alongside
him as his legal partner and the Houston backdrop made for an unlikely
protagonist in and of itself. A story that needed to be shared and with
tremendous talent. I only wish there were more films like "Puncture." I
encourage people to go see the film.