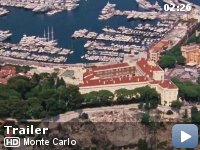 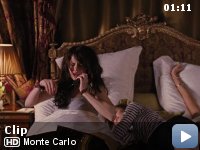 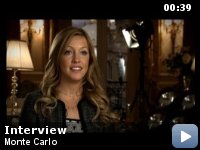 Three young women vacationing in Paris find themselves whisked away to Monte Carlo after one of the girls is mistaken for a British heiress.

Storyline
A young woman, her uptight step sister and her best friend use their savings for a long anticipated dream trip to Paris, which turns out to be a big disappointment. When they decide to take a break from their lousy tour and duck into the lobby of a luxury hotel, one of them is mistaken for a spoiled British heiress. Before they get the chance to reveal their true identities they are wrapped up in misadventures during a vacation to Monte Carlo instead.

Taglines:
She's having the time of someone else's life.

Nicole Kidman and Julia Roberts were originally the stars of the movie, but the producers wanted to shoot the movie with a younger cast.

Revealing mistakes:
The airport stamps that Emma, Meg, Grace and Owen received upon arrival are country exit stamps. The arrow on the stamp should have been pointing to the right upon arrival into a country, not left.

Grace:
I finally meet a guy who likes me for me. And I'm not even me.


Monte Carlo is a charming movie for tweens and/or teens. Several other
reviewers disliked the movie calling it predictable and boring but I
have to vehemently disagree. If you are looking for a cute, adventurous
movie with NO SWEARING, NO NUDITY, NO SEXUAL SCENES or INNUENDOS, NO
SMOKING, and NO DRUGS then this is the movie for you (and us!)! This
movie reminds me of some of the 1960's Disney movies that were
plot-wise too old for little kids but still 'safe' for the not quite
teenagers.

This is a classic movie about mistaken identity and learning to get
along. The 3 main characters in the movies are all very different
personalities but they grow and learn to accept each other by the end
of the movie. They also have very different 'happy endings' but seeing
how different they are, the characters should end happily-ever-after
differently.

There are some funny moments, some thinking 'would I do that?' moments,
and some 'good for her' moments. You genuinely like each of these
characters (except the mean girl) by the end of the show whether you
liked them at the beginning or not.

This movie is perfect for its target audience of tweens/early teens and
I wish more movies like this were available with today's stars!