Mama, I Want to Sing! 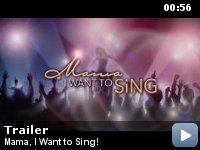 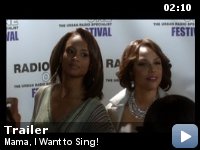 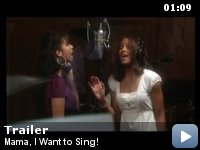 A preacher's daughter, Amara, sings in the church choir before being discovered by a well-established musician. Soon she rises to international fame as a pop singer.

Storyline
Inspired by the hit off-Broadway play, Amara Winter, a strikingly beautiful and charismatic young singer, is on the verge of pop stardom. Raised in the church by her father, Reverend Dr. Kenneth Winter and mother, Lillian Winter, Amara and her younger brother Luke have a very strong bond. After her fathers untimely death, her mother is thrusts into the limelight in the role as preacher, a daring move that ultimately catapults her to the top of the gospel world. Paralleling her mothers success, Amara soon becomes a huge star in her own right, taking the pop music world by storm. Conflict begins to ensue when her mother is confronted with and unequivocally disapproves of Amara's secular music and videos. Amara must learn to pursue her dreams while both navigating the often treacherous world of celebrity and striving to remain true to herself and family. Amara and her mother must work through their differences realizing that their journeys are not quite so different after all…

Vy Higginsen, the original playwright for the off-Broadway production of 'Mama, I Want to Sing!', assisted Charles Randolph-Wright with the script.