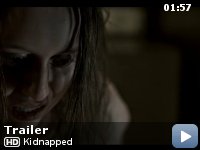 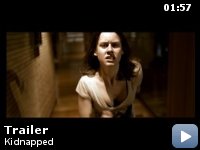 Three hooded Eastern-European criminals burst into a home in a Madrid gated community, holding the family hostage in its own home, and forcing the father to empty his credit cards.

Storyline
Three hooded Eastern-European criminals burst into a home in a Madrid gated community, holding the family hostage in its own home, and forcing the father to empty his credit cards.

(as Luis Iglesia B.)

Each year in Europe there are some 3,000,000 home invasions, many of
them violent. This brutal but engrossing new thriller from Spanish
filmmaker Miguel Angel Vivas (the 2002 crime thriller Reflections)
depicts one such home invasion with unflinching authenticity. It makes
films like The Strangers. Rec, or Michael Haneke's bleak Funny Games
seem tame by comparison! Jaime (Fernando Cayo) and his family have just
moved into their new house in a gated community on the outskirts of
Madrid. There are already tensions within the family due to the stress
of the move, when three masked men burst into the house and take them
hostage. They terrorise the family, then take Jaime to an ATM machine
to withdraw as much money as he can. Meanwhile, back at home his wife
and daughter slowly begin to fight back against their tormentors. Vivas
effectively uses hand-held cameras, long takes, and split screen
sequences to bring a sense of urgency to the material. Kidnapped stamps
this exciting young director as one to watch! The action plays out in
real time and keeps the audience on the edge of their seats. Vivas
makes the audience feel as trapped as the family here, and at times the
film is quite claustrophobic. At a brisk 70 minutes, Kidnapped (aka
Secuestrados or Hostages) is also very tense, ruthlessly efficient,
violent, and quite brutal at times. Its finale is nasty and quite
unexpected, and may leave some in the audience feeling a little
cheated.