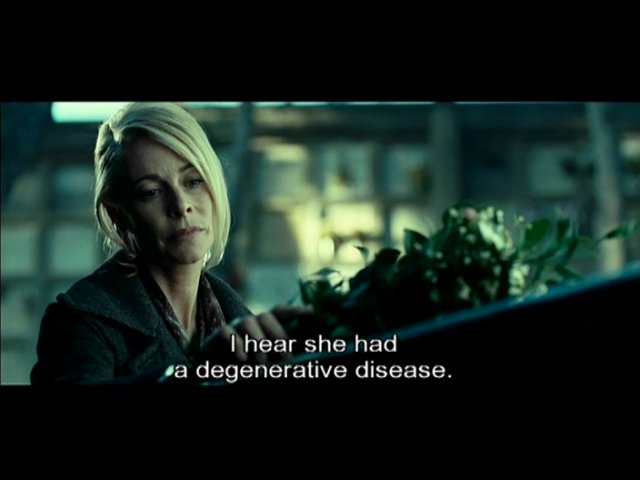 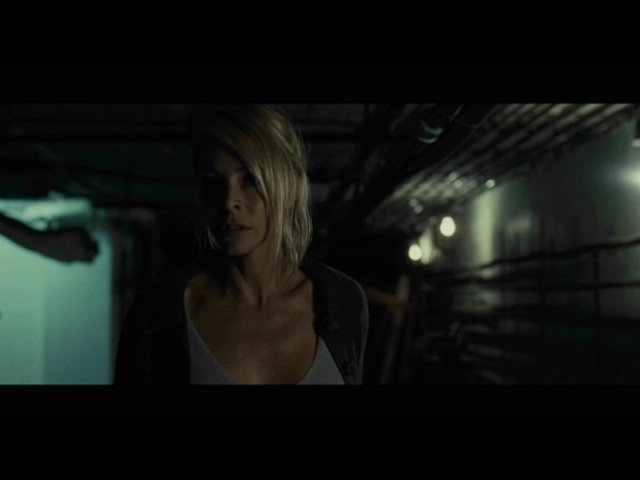 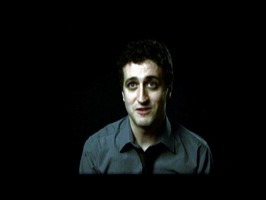 The story of a woman who is slowly losing her sight whilst trying to investigate the mysterious death of her twin sister.

Storyline
After the death of the blind Sara, who hung herself in the basement of her house, her twin sister Julia suspects that she was actually murdered. Julia has a degenerative problem in her eyes and is losing her sight and she temporarily moves with her husband Isaac to Sara's house to arrange her funeral. Julia goes to the Centro Baumann for blinds where Sara frequented and she learns from the others blind users that Sara had a boyfriend. Julia is chased by a mysterious man but the police inspector Dimas does not believe on her. Julia follows the last steps of Sara trying to find the identity of her secret lover. Julia is surrounded by deaths and weird events while she loses her sight.

Taglines:
En la oscuridad no puedes esconderte (You can't hide in the dark)

Entertaining, but not totally satisfactory


Foremost, I am going to allow myself the indulgent whim of an editorial
comment in order to express my disgust for the phrase: "(insert the
name of a famous director) presents". In many movies (specially, from
the fantastic genre, and even more specially when they were made by
unknown directors), we have seen that tricky phrase before the title,
like announcing the fact that a famous director was responsible for the
film we are about to see. I perfectly understand the commercial utility
from that ruse; and I imagine that many young and unknown directors can
tolerate the humiliation of the semi-anonymity in exchange of the
economical potential which represents the "approval" from a famous
director. But even like that, I still think that that is a cheap trick
which, above all things, has the "accidental" consequence of fooling to
the spectators. I do not know about you, but I know many people who
still think that The Nightmare Before Christmas was directed by Tim
Burton, or that Guillermo del Toro directed El Orfanato, or that Hostel
was directed by Quentin Tarantino. Is that an important problem? I
guess it is not. That may not even reach the "problem" category. And I
really do not have any solution or suggestion in order to solve the
situation. After all, that is another necessary evil from marketing in
order to attract more people to the cinema, or to sell more DVDs. But
that is not still enough for me to like it. End of the editorial
comment.


I had been thinking all that because Los Ojos de Julia is another film
"presented" by a famous director, in this case, the previously
mentioned del Toro. I highly doubt the fact that he had a real
influence in the making of this film, but his name prominently appears
in this film's publicity. Anyway, I think that that simultaneously is
an advantage and a disadvantage, because even though that may make more
people to see this film, many of them might expect one of the many
supernatural fantasies full of special effects that that director uses
to make, when the truth is that Los Ojos de Julia is a thriller with
slight supernatural touches which may result too modest to the people
who might expected to see Hellboy 3 or Pan's Labyrinth 2.

I liked the first half from Los Ojos de Julia very much. The screenplay
raises a fascinating and unpredictable mystery, which genuinely kept me
in suspense during that while, because it was impossible for me to
predict where the story was going. The previously mentioned
"supernatural touches" are very well achieved, and they never reach the
tiring extremes of "ghost woman with a long black hair" or "vengeful
spirit from the past". In fact, there are various elements in order for
us to doubt about the existence of supernatural factors in the story,
because Guillem Morales' direction keeps on that thin line between the
realism and the fantasy, with a lot of atmosphere but at the same time
"real". However, all that does not avoid Los Ojos de Julia from having
some clichés, from the chases through dark underground corridors which
seem ten times longer of the building they are in, to the mysterious
old man who warns the main character on the danger she runs if she
keeps investigating, without forgetting about the unbelievers policemen
who do not take the desperate theories from the main character
seriously.

Speaking of which, Belén Rueda makes an excellent work on her dual role
of Sara and Julia (even though she only appears as Sara for a few
minutes). Her performance is even more appreciated during the second
half of the movie, when the tense initial narrative starts to crumble
with a sudden twist to the melodrama, anchoring the movie into a much
more predictable and conventional formula, which we have already seen
in too many North American movies. Fortunately, that did not avoid
Rueda from keeping the necessary energy and conviction in order to make
that second half entertaining and lead us to an appropriate, but
somewhat corny, ending. Anyway, I think it is a shame the fact that Los
Ojos de Julia betrayed its excellent first half with a poor second one,
but it still has enough positive elements to recommend it, like Rueda's
performance, the good atmosphere and the fact that it is entertaining.