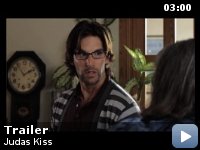 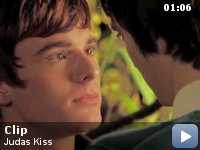 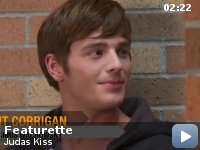 A quirk in time and space gives a failed filmmaker the chance to reshape his destiny when he visits his peculiar alma mater.

Storyline
Failed filmmaker Zachary Wells is convinced by his best friend and hotshot director Topher into replacing him as a judge in their film school's annual festival. Zach's one-night stand with a student backfires when that student walks into an interview the next morning calling himself Danny Reyes, the name Zach went by when he attended the school. And Danny's film, "Judas Kiss," is a finalist in the competition Zach is judging. Zach's film, also "Judas Kiss," won the festival years before. As Zach scrambles for answers, a mysterious, chain-smoking campus tour guide, counsels him: "Change the kid's past, change your future." But how? Zach comes to believe he can mend his life by disqualifying Danny from competition, putting him on a different path than Zach followed. But will Zach's plan work?

Taglines:
If you had a second chance, would you grab it?

Sean Paul Lockhart is credited as such (his real name) in the opening credits, but as "Brent Corrigan" (his adult film name) on the poster.

Can a broken life be mended


Sometimes we wait too long before we get serious about our careers.
Sometimes we start with everything and fall into a hole. What if that
happened to you and you had the opportunity to go back and change
something in the past that would alter your future?

While some people seem thrown by the premise, this is a fantasy and so
it has it own rules which it follows scrupulously, if you watch closely
enough to discover what they are.

Zack returns to his Alma Mater to judge a film festival when his close
friend Topher is unable to attend. There's a shimmer on the invitation
when he opens the envelope that is barely noticeable. As he pulls onto
campus he looks up and the clock tower shimmers for a moment.

After settling into his digs for the weekend, a dorm room, he goes out
to find the towns gay bar where he's attacked by a really cute boy, who
sneaks out of his room in the morning. Later that day he is confronted
by the same boy in the interview session for the film makers who are
vying for this years prize.

The actors are very convincing, particularly the two young film makers,
Danny and Chris, as they explore a potential romance. Chris, portrayed
by Sean Paul Lockhart, is especially convincing as a former innocent
who doesn't want to get involved in a possible triangle.

The underlying tension that revolves around who might win the festival
and what will happen to Danny's film is particularly engaging. As the
story develops we grow more concerned about the decisions Zach will
have to make.

This film has been enjoyed by many audiences across the country at this
point, receiving a resounding ovation at the screening I attended.