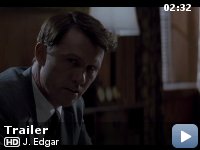 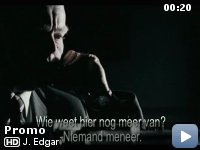 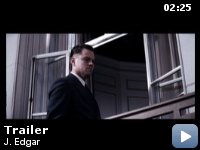 As the face of law enforcement in America for almost 50 years, J. Edgar Hoover was feared and admired, reviled and revered. But behind closed doors, he held secrets that would have destroyed his image, his career and his life.

Storyline
As the face of law enforcement in America for almost 50 years, J. Edgar Hoover was feared and admired, reviled and revered. But behind closed doors, he held secrets that would have destroyed his image, his career and his life.

Hoover as a Child

Taglines:
The Most Powerful Man in the World

When J. Edgar Hoover and his mother leave the Strand Theatre following the premiere of 'G' Men, a theatre marquee across Times Square announces the Eltinge Follies. Julian Eltinge was a famous female impersonator and drag performer in the early 20th century and had his own theater on 42nd Street.

Anachronisms:
Emma Goldman is interrogated in a scene early in the film, set in lower Manhattan in 1919 or 1920. Through a window, we see the Statue of Liberty to the right, and the Verrazano Narrows bridge to the left. This bridge was not built until the mid 1960s.

Harlan Fiske Stone:
Lower the treble, son, you didn't call this meeting, I did.


Why are there are these horrible reviews? I just saw this movie
yesterday and it was utterly fantastic. I'm not the only one that
thinks so. The theater was packed with people, mainly from adult to
elderly but it was packed non the less. Everyone was clapping at the
end of the movie.

"J. Edger" tells the story of how the man J. Edger Hoover came to
power, and goes into his personal life. Clint Eastwood did a wonderful
job at bring this amazing story to life, and his so score was beautiful
too. Leonardo DiCabrio was unbelievable. I couldn't believe how
fantastic he was. It was one of the best performances I personally have
ever seen. If he dose not win an Oscar for this, it would be just
terrible. Everyone else was great too, everyone. And guess what people,
the makeup was FANTASTIC!

Why people are bashing this movie so much is beyond me. It's not for
everyone I'll admit. It's for people with a brain who want to see a
piece of art instead of some stupid film like the Immortals.