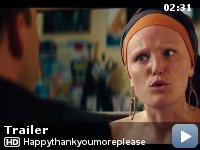 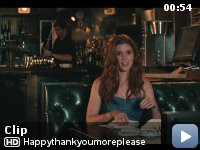 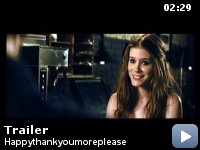 Captures a generational moment – young people on the cusp of truly growing up, tiring of their reflexive cynicism, each in their own ways struggling to connect and define what it means to love and be loved.

Storyline
Six New Yorkers juggle love, friendship, and the keenly challenging specter of adulthood. Sam Wexler is a struggling writer who's having a particularly bad day. When a young boy gets separated from his family on the subway, Sam makes the questionable decision to bring the child back to his apartment and thus begins a rewarding, yet complicated, friendship. Sam's life revolves around his friends-Annie, whose self-image keeps her from commitment; Charlie and Mary Catherine, a couple whose possible move to Los Angeles tests their relationship; and Mississippi, a cabaret singer who catches Sam's eye.

Taglines:
Go get yourself loved.

Revealing mistakes:
During certain scenes, Malin Akerman's hair is visible from under her head wrap.

Annie:
Sadness be gone, let's be people who deserve to be loved, who are worthy, cause we are worthy.


I caught the premiere of Happy at the Sundance Film Festival. I'm a
huge fan of Josh Radnor (best known for his role as Ted Mosby on the
CBS series, How I Met Your Mother), but remained a little skeptical
going in since this is a first-time film for him. I was pleasantly
surprised! This movie is so charming; I couldn't help falling in love
with all of the characters. I was especially impressed by Tony Hale's
endearing performance as Sam #2, who tries to win the affection of
Annie (Malin Akerman), a woman with Alopecia who struggles with the
idea of someone being so smitten with her. Mary Catherine (Zoe Kazan)
and Charlie (Pablo Schreiber) are absolutely adorable together and have
an unbeatable on screen chemistry. They are at a crossroads in their
relationship as Charlie tries to sell Mary Catherine on the idea of
leaving their home in New York to move to L.A.


Sam (Josh Radnor), Mississippi (Kate Mara) and Rasheen (Michael
Algieri) round out the cast of characters. Mississippi is a cabaret
singer who catches the eye of Sam early in the film and while their
hesitation to throw caution to the wind and go for each other is
annoying at times, it brings a much-needed realism over romance
approach to their relationship.

Rasheen was an audience favorite and his role adds a unique piece to
this puzzle, playing a foster boy separated from his family on the
subway who is rescued and looked after by Sam. It is truly an enjoyable
highlight of the film to watch their interactions as they grow from
perfect strangers to close friends. An amazing dynamic is brought to
the script through their friendship, but not without Rasheen's life
before Sam looming in the distance.

If this movie is any indication of Josh's talent as a writer, I can't
wait to see more of his work. It contains all of the elements of a
romantic comedy, yet manages to completely avoid the clichés and
predictability that are typically found in this genre. It is clever,
heartwarming, hopeful and hilarious. I wouldn't be surprised if it
becomes the big hit of Sundance 2010. Congratulations to Josh and
everyone behind this film!