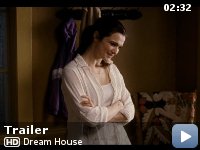 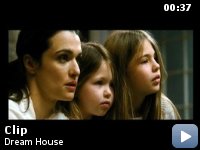 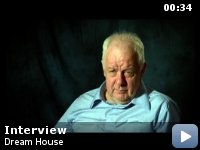 Soon after moving into their seemingly idyllic new home, a family learns of a brutal crime committed against former residents of the dwelling.

Storyline
Some say that all houses have memories. For one man, his home is the place he would kill to forget. A family unknowingly moves into a home where several grisly murders were committed…only to find themselves the killer's next target. Successful publisher Will Atenton (Craig) quit a job in New York City to relocate his wife, Libby (Weisz), and two girls to a quaint New England town. But as they settle into their new life, they discover their perfect home was the murder scene of a mother and her children. And the entire city believes it was at the hands of the husband who survived. When Will investigates the tragedy, his only lead comes from Ann Paterson (Watts), a neighbor who was close to the family that died. As Will and Ann piece together the disturbing puzzle, they discover that the story of the last man to leave Will's dream house will be just as horrifying to the one who came next.

Taglines:
Once upon a time, there were two little girls who lived in a house.

Director Jim Sheridan fought with Morgan Creek's head Jim Robinson continuously on the set over the shape of the script and the production of the movie. After Sheridan re-shot some scenes because they did not go down well with test audiences, Morgan Creek took away the film from Sheridan's hands to re-cut it themselves. As a result, they created the trailer which many felt gave away too many of the movie's secrets. As a result, Sheridan, Daniel Craig and Rachel Weisz refused to promote the film to the press.

Incorrectly regarded as goofs:
In the diner where Will is asking the police officers about the murders, the front shot of the officers is flipped as indicated by the text on the menu in the background as well as the seating of the officers switching between shots. That's because it's being seen through the mirror behind the counter at the diner.

Daniel Craig and Rachel Weisz have a great chemistry together, too bad they wasted their efforts on this movie.


Generic and predicable thriller made somewhat bearable by the
undeniable chemistry and acting chops between Daniel Craig and Rachel
Weisz, even though both actors involved deserved better than what they
were giving with the material. Daniel Craig and Rachel Weisz work very
well together on screen ( and supposedly in real life as well) but they
should have waited for a better film to showcase their chemistry and
acting chops then this film, which not only does not respect their
efforts in trying to bring humanity and credibility to a badly written
script but does not even try to at least capitalize on their efforts in
bringing more to the movie. Instead, the movie goes into several
different unnecessary directions that goes no where and drags this film
down. Naomi Watts is good as well but i just did not think much about
her character and found her an unnecessary, forced inclusion to the
story that ruins the film by making it even more predictable than it
already is. The film also feels like it was two separate movies before
it became one. Its a ghost story then it moves into a mystery with out
it making much sense, not to mention the fact of how predicable the
whole structure is. Let's just say that you have in fact seen this
story before.

Its alright for what it is but it could have been much more, especially
with two great actors (Weisz and Craig) having great acting chemistry
on screen.