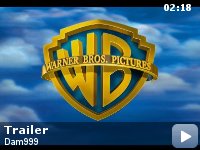 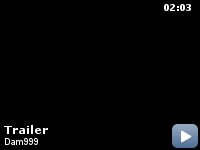 After many years two mariners return to homeland with the hope of a new beginning, little did they know about a disaster that would change their destiny.

Storyline
The story revolves around the central edifice in this movie, a 100 year old Dam built by British during their colonial days in India . Like a Dam, each character in this movie, holds back their emotions for various reasons, eventually the DAM breaks along with that of its characters drawing the audience to gripping climax. The numerical 999 has got great importance in British Colonial Indian historical pages. The story reveals the concealed truth of India's age old myths and science.

Taglines:
A tribute to the 1975 Banqiao Dam disaster in china that claimed 250,000 innocent lives

Prologue: Watched this movie from 'Sridar'(theatre) in 3d today. As it
was a movie by a keralite, & we are having a similar problem here in
kerala , (Mullaperiyar Dam) the urge to watch the movie was very high.
Read in newspapers that the script made to the Oscar library. So
altogether, the expectations about this movie was high.

Story: Its all about the figure 999 which has got importance all
along.Two mariners coming home. Both having their own personal
problems.The director tried to connect the dam to the characters in the
movie. Their emotions holding back like a Dam & finally dam breaks at
the same time the emotions are also opened. I could understand the
story of 'Inception' in one watch. But this was complicated. It fails
to connect with the viewers.

Cast: Casting was like 'hmm.ok'. Thats it. Everybody did their part.
But apart from the main actors, all others lacked professionalism. It
was like they were made to act.You could feel, you are watching a
movie.You couldn't live in it.

Music: There is no notable music to show up off in this movie.
Background score was poor. Actually we have seen lot of movies, though
being average, getting uplifted by the background score. The songs were
not impressive.

Camera: Cinematography was good. But you don't notice it, since the
movie is boring.

My Verdict: This movie is boring. Will make you feel like a loser. It
fails to communicate with the viewers. Not at all recommended. Im gonna
watch a good movie from my library & save my day. phew… 3/10.