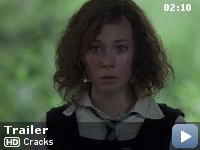 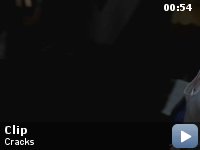 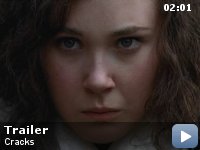 A look at the lives and relationships among girls at an elite British boarding school.

Storyline
A look at the lives and relationships among girls at an elite British boarding school.

Anachronisms:
Miss G. is seen smoking a filtered cigarette, something that was not really available at the time.

Miss G:
The most important thing in life is desire. You can achieve anything you want. The world is yours for the taking. Nothing is impossible for you, my girls. All you need is to desire it.

'The most important thing in life is desire'


This is an amazingly brilliant film directed by the young Jordan Scott,
who is female despite being called Jordan. She is the daughter (I
almost said the son) of Ridley Scott and niece of Tony Scott, and after
seeing this film I believe she has more artistic talent than both of
them put together. It is simply incredible what she achieves in her
portrait of an adult driven to madness by desire for a beautiful young
creature, and her film really rivals Luchino Visconti's DEATH IN VENICE
(1971) in my opinion, although in this film both the desired and the
desirer are female, whereas in Visconti's film based on the Thomas Mann
novella DER TOD IN VENEDIG, they were both male. (I once had to read
the Mann novella in German and nearly fainted when I found a single
sentence which was one and a half pages long with the main verb at the
end! But that was Mann for you! Delayed gratification!) This film is
set in the surreal setting of a remote girl's boarding school on
'Stanley Island' (wherever that is, as we are not told) in the year
1934. The school as seen in the film, a kind of Victorian Gothic
pedagogical fantasy, apparently really exists as a structure somewhere
in Ireland. But the geographical location is not really important, all
that is needed for the story is the visual impression, the sea
adjoining, the wild surrounding hills, and the isolation. This we
certainly get, and the outside world barely exists in this hot house of
passionate longings, schoolgirl intrigues, extreme homesickness verging
on hysteria, and the coursing hormones of teenage girls who never get
to see a boy. They are all in love with their mysterious and alluring
mistress, 'Miss G.', played by the spectacularly weird and wonderful
Eva Green (pronounced 'grain' because her father is Swedish and that is
what they do there in Sweden during the long winter nights, they
pronounce Green as 'grain'). Miss G. dresses exquisitely and has the
finest imaginable artistic colour sense and personal style of dress and
manner. The costumes in this film are a total knockout, designed by the
super-talented Alison Byrne. A great deal of talent was also lavished
on the sets and art direction. This is a real treat to the eye. As a
production it is stunning in every respect. The fiery personality of
Juno Temple (Juno was the Latin name for the queen of the gods,
gedditt?, so of course she has to have a Temple) burns holes in the
celluloid with her glowering stares of love, resentment, passion,
jealousy, hatred, devotion, all those things mixed up which teenaged
girls tend to have in such an unsorted state in their feverish psyches.
She is a perfect screen match for the hyper-intense Eva Green. Juno is
in love with Miss G. but Miss G. has no eyes for her anymore since the
arrival of the super-cool, super-calm, super-beautiful Spanish dream
dish, played by Spanish actress Maria Valverde, a silent brooding siren
who drives Miss G. insane (literally, not just metaphorically). Despite
the erotically charged atmosphere of this film, the director is too
subtle to allow a single sexual scene. The most we see is Miss G.
kissing Maria's neck, but that is enough to get Juno Temple so
hysterical with jealousy that she precipitates a Twilight of the
Goddesses, herself included. This is steamy stuff, very steamy stuff
indeed, and all done without anybody touching anybody. Miss G. presides
over a special collection of nymphets who form the school diving team.
The team has never competed and the divers are pretty hopeless, but
that all changes when the Spanish girl Fiamma turns up. She is an
impeccably-dressed aristocrat of considerable sophistication, and all
the girls hate her on sight because she is more beautiful and
self-possessed than they are. Later, some of them soften. But Juno's
main concern is that Fiamma has stolen Miss G.'s affections from her,
and that is not to be tolerated. Fiamma suffers from serious asthma and
has an inhaler, and, well, you can imagine the ensuing events. Miss G's
steady personality disintegration, under the influence of her stifled
lesbian passions, and her descent into a kind of sleep-walking insanity
over her obsession with Fiamma, are so brilliantly and horrifyingly
portrayed by Eva Green that we wonder if she had to go to a sanitarium
for some months to recover after making this intense film. As for Juno
Temple, I do hope she can now sit up and speak again. It is all very
harrowing, deeply disturbing, and so seething with suppressed but never
overtly articulated sexuality that they must still be trying to cool
down the camera in an ice bucket. As they say in the horrible tabloid
newspapers: 'Corrrrr, what a scorcher!'