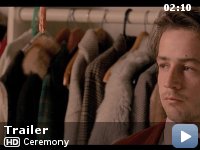 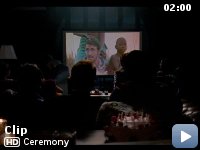 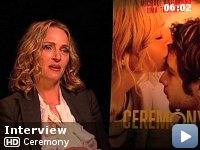 Two friends are off on a weekend outing. Marshall thinks the trip is to re-establish their friendship, but Sam has ulterior motives in mind as he crashes the wedding of a woman he still loves.

Storyline
Sam has roped his friend Marshall into going on a weekend outing. Marshall thinks the trip is about re-establishing their friendship, while Sam has ulterior motives – namely, trying to win back Zoe, a woman he loves. Sam talks his way into getting them invited to a party at a beach house where Zoe is getting married to Whit. While Marshall goes through all the emotions of deceit, like anger, depression and acceptance, Sam is trying all of the angles in trying to win Zoe back.

Taglines:
He's the love of her life. She just doesn't know it yet.

Michael Angarano was originally cast to play as the best friend and Jesse Eisenberg was to play Sam, but Eisenberg dropped out and Angarano was promoted to the lead role.

Marshall Schmidt:
[referring to book in his hand]
You recommended this to me a long time ago. You said you felt it was written about you.

Sam Davis:
Yeah, well, those were my younger and more vulnerable years.

One Note Quirky little indie movie, could have been lot more funnier…


CEREMONY – CATCH IT ( B- ) Ceremony is a quirky little movie about
young guy crashing the wedding of the woman he loves. The movie is
smart, funny and full of good performances by the lead stars. Michael
Angarano & Reece Thompson's bromance sold this out for me. Their scenes
have very dark humor to it. Michael Angarano hopelessly in love is
something to see, he brings the madness to the movie. Uma Thurman after
Kill Bill did something decent enough otherwise it's been long time she
has appeared in something not mediocre. Lee Pace is weird and out of
his box. The movie is quirky & funny but lacks big time in screenplay.
The whole time story just stays from where it started. To be honest
nothing change till the very last moment, and even in last moment
you've to imagine that that's how it will end. Sometimes, I wanted to
see big jumps or shocking twists in the screenplay, but it never
happened so the whole time it stays on the same note from where it all
started. Anyways, I won't say it was boring but I think it has the
potential to be lot funnier. Overall, watch for its performances and
overall vibe, it's enjoyable.