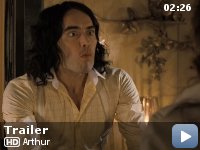 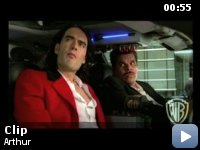 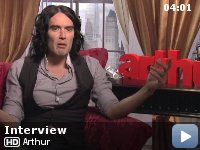 A drunken playboy stands to lose a wealthy inheritance when he falls for a woman his family doesn't like.

Storyline
Arthur is a rich, alcoholic playboy with no regards to his working life. After another drunken run-in with the law, his aloof mother has had enough and forces him to marry Susan, a proper business woman, or else he will lose his inheritance. Just as he's engaged to Susan, he meets Naomi, a free-spirited girl who Arthur thinks is perfect for him. Any attempts at holding down a job are fruitless, so Arthur has to decide, what is more important: love, or his mother's money.

Naomi mentions that her favorite place to shoplift is Bergdorf Goodman's department store. When we meet Linda, Arthur's love interest in the original Arthur, she is shoplifting a tie from Bergdorf's.

Continuity:
After Arthur is punched by Susan at the wedding, he is seen at Naomi's bleeding from the left area of his mouth. Susan punched him from his right side making it impossible to bleed from the left side.

Arthur was a good movie, coming from someone who hasn't seen the original


Let me start this off by saying that I have never seen the original
Arthur. There is also no sense in me going over the plot or the
differences between this and the original because that is covered in so
many different reviews and I am guessing this isn't the only review
that you will read. I am 29 years old and I wouldn't even consider
myself a Russell Brand fan but after seeing this movie that is starting
to change.


I went into Arthur with an open mind. I did not have another movie to
compare it to, since I didn't see the original, and I throughly enjoyed
the movie. Russell Brand was OK in 'Forgetting Sarah Marshall' and I
really didn't enjoy his movie "Get Him to the Greek" but Arthur was a
different type of comedy compared to his typical work. The best thing I
can compare this movie to is "The Wedding Singer". Not because of the
plot or the actors but because "The Wedding Singer" put Adam Sandler in
a slightly toned down more caring/romantic version of things had done
before. There was less slap stick and I actually ended up liking Adam
Sandler more because of it. The same can be said about Arthur. This
isn't OVER THE TOP Russell Brand like most of his other movies. I
wouldn't say it's 'down to earth' Russell Brand either, more like some
place in between.

Even if you have seen the original try to go to see this movie and not
compare it to the original. It's the same as The Dark Knight vs Batman
with Michael Keaton. Both were good movies but you couldn't really
compare them.

What surprised me at the end of the movie was my brother (32 years old)
saying he actually liked this better than the original, which he
watched last weekend. He said the one liners were better and Russell
Brand made a more convincing drunk. My guess is because Russell is
probably always this drunk when he isn't filming movies!

Arthur made me laugh out loud, which is something I typically don't do.
The story was decent (typical romantic comedy) and even though the
movie slowed down about 3/4 of the way in, it had to because of the
story. Do yourself a favor and see this movie at some point. It doesn't
have to be in the theater since there aren't any eye popping sound
effects or state of the art 3D in it…(though the city of New York was
a GORGEOUS back drop)

TagsUSA
The Myth of the American Sleepover
Little White Lies