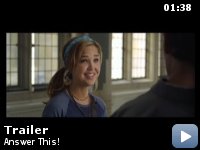 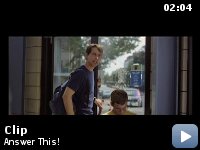 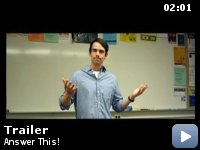 Comedy set in the world of competitive bar trivia, centering around a group of frustrated academics who finally get a shot at beer, women and nerdy redemption when they enter a citywide trivia tournament.

Storyline
A brilliant trivia whiz, Paul Tarson (Christopher Gorham) is great at answering life's little questions, but horrible at answering the big ones. Now he and his friends will finally get a shot at beer, women and nerdy redemption when they enter the biggest challenge of their lives, a citywide pub trivia tournament. But when Paul falls for one of his students he'll find out that the little things are bigger than he bargained for and will have to make the biggest adult decision of his life!

The movie was good, not great, but good. Arielle was a definite
standout, as was Evan Jones as Ice. I would have liked to have seen
more of Parnell and Ralph Williams. Gorham's performance was good as
always, but I still had a hard time liking Paul all that much. It
didn't help that this 30-year-old T.A. was playing footsie with his
18-year-old student. That said, the love scene was the best I've seen
in a movie in years, the juxtaposition of romance and biblical text was
very effective. But any sort of enjoyment you have of their
relationship is pretty much killed during the library scene when even I
wanted to smack him (Which I'm sure was the desired effect). When he
gets his comeuppance from her, it's pretty well-deserved.


I've heard varying reports as to whether what they showed was a rough
cut or the final product. Considering they have more screenings and
won't be hitting the festival circuit till next year I would bet there
will be more edits to come.

The film is definitely a visual love letter to the town of Ann Arbor,
and seeing it in its home was a special treat. I love when a town
becomes not just a backdrop but a character in the movie, as the Farahs
have done with it here.