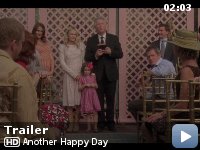 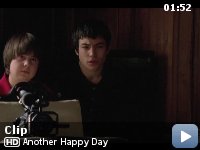 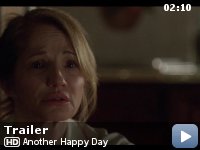 A wedding at her parents' Annapolis estate hurls high-strung Lynn into the center of touchy family dynamics.

Storyline
A family weekend is fraught with emotional landmines for mercurial and sensitive Lynn (Barkin) as she arrives at her parents' Annapolis estate for the marriage of her estranged eldest son Dylan (Michael Nardelli), accompanied by her three younger children (Ezra Miller, Kate Bosworth, Daniel Yelsky). Lynn's hopes for a joyful reunion are crushed as her wry but troubled middle son Elliot (Ezra Miller) lobs verbal grenades at his mother and her relatives while daughter Alice (Kate Bosworth), a fights valiantly to keep her longtime demons under control. The weekend quickly unravels as Lynn demands to be heard by her aloof, disdainful mother (Ellen Burstyn), ailing, distant father (George Kennedy) and ever-judgmental sisters (Siobhan Fallon, Diana Scarwid), but most especially by her ex-husband Paul (Thomas Hayden Church) and his hot-tempered second wife Patty (Demi Moore). Confronted with the deeply painful…

Elliot claims that Patty "used to be a stripper." Demi Moore, who plays Patty, starred in the movie _Striptease (1996_).

An Ensemble of Outstanding Performances


"Another Happy Day" does not operate in the way usual films do. It does
not give you a certain point of climax or intensity and a so-called
satisfying, complete closure that many people may expect. Well, these
are exactly the things not to be expected.

You can call this film many things. Call it hilarious, call it
depressing, call it reality, call it family. It has its share of
heartbreaking and heartwarming moments, and it is certainly harsh when
it comes to show that this may be exactly what reality may be like. Not
all problems can be solved in real life like in the movies, and this is
a piece that does not present itself as a typical film; it presents
itself as a potential reality, and it goes from there.

The emotions are so rich and deep in this film that it is almost
impossible to capture them all so vividly and put them forth on the
screen for the audience. But thanks to a group of brilliant
performances, the impossible becomes possible, and the power of film
definitely emanates more from the incredibly stunning and entirely
realistic acting than from the plot.

Despite the total ignorance of this film by the Academy, the
performances here alone, not taking the storyline into account, form
one of the greatest ensembles of the year. Ellen Barkin as Lynn and
Ezra Miller as Elliot, Lynn's son, have delivered one of the most solid
and promising performances of the year, and are undoubtedly, as most
would say, Oscar-worthy. The emotional collapse of Ellen Burstyn as
Doris, Lynn's mother, is another performance too powerful to not pay
attention to. The only underachieving one here may be Academy Award
nominee Thomas Haden Church, who plays Lynn's ex-husband, Paul, and now
has a new spouse, Patty (Demi Moore).

There is a lot of love and hate in this film, and however immorally
wrong it may be, this reflects reality in many families, especially
bigger ones. The countless issues are not going to just vanish, and it
is usually easier said than done to overcome these troubles. In Lynn's
case it is even more difficult, with everyone in the family seeming to
disapprove of her actions and as Lynn refers to, not on her side.
During such a visit with so much hospitality, Lynn must resolve into
getting over these problems in the wedding of his son Dylan (Michael
Nardelli), who has stayed with Paul and Patty since little age.

Another problem arises as Lynn continues to think and have serious
doubts whether she is a good mother. Elliot and Ben (Daniel Yelsky) are
both raised by Lynn, and they also have "issues". The former has some
kind of severe emotional disorder and can burst into an uncontrollable
rampage all of a sudden while the latter is also said to have mildly
autistic trouble. Alice (Kate Bosworth), another child raised by Lynn,
also seems to have issues and has even hurt herself before. It is in
this situation that brings Lynn to the edge. She is on the verge of
breaking down, under an extremely uncomfortable environment with
everyone pointing fingers at her from the outside and her inner sorrow
of her failures on her children.

We have Elliot and Ben. Ben appears as a figure lacking confidence and
often feels and reacts badly when others discuss his "autistic nature".
Elliot is not your ordinary teenager. He takes teenage drugs and smokes
cigarettes, but he is more than that. At times, he seems normal and
behaves normally, but at other times, he can act incoherently and
totally irresponsibly because of his apparent inability to control
himself in certain circumstances. While Lynn has her unbearable load of
issues to tackle, the two teenagers also have to deal with their
hardships during this somewhat unwanted visit to Lynn's mother.

Alice is not presented to us as a main character though she has been
the focus of conversations from time to time, and when she comes up,
her problem is no longer her own. It is connected to other members in
the family, like Lynn herself, and of course her father, Paul. The
relationship between her and Paul is one kind of relationship, and the
relationship between Lynn and Paul concerning her is another kind, and
then it certainly also causes problems between Patty and Lynn. And
between Patty and Lynn it does not end there. With Dylan being Lynn's
son but being raised by Patty, his tendency towards Lynn for walking
him down the aisle inevitably results in Patty's fury.

The relationships in this family are too complex describe in plain
words and you will have to see for yourself how complicated it can be.

"Another Happy Day" has depth in its diversity of emotions portrayed by
a group of talented actors and actresses, and it is an enjoyable
experience. It is a drama about a family in general. It covers life and
death, sicknesses, teenage problems, emotional disorders, marriages,
love, and of course, family.

All I have to remind you is that "Another Happy Day" may not really
guarantee you a "happy" experience. For most of the audience, I would
say "depression" should be the word. But I guess if you face it
optimistically and bravely, it can still be a satisfying and happy
journey somehow.

Either way, it is a film where extraordinarily great performances meet
affluently rich sentimental displays and a film that should be
appreciated.