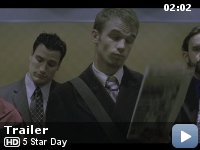 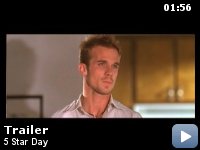 One man's journey to disprove the theory of astrology leads him to answer some bigger question about life, love, fate and destiny.

Storyline
Four People. One Horoscope. Infinite Possibilities. Jake Gibson's (Cam Gigandet) horoscope forecasts a perfect FIVE STAR DAY the morning of his birthday. Little does he realize that what's foretold to be a flawless day, unfolds to be far less than stellar when Jake's world is turned upside down as all that could go wrong…does. Determined that Astrology has no legitimacy, Jake embarks on a journey to test the theory of Astrology by finding the three people born the same time and place as himself – Sarah Reynolds (Jena Malone), Yvette Montgomery (Brooklyn Sudano) and Wesley Henderson (Max Hartman). The journey quickly uproots Jake from the small college town of Berkeley, California to downtown Chicago where he sets out to find and interview Sarah, Yvette and Wesley to see if their birthdays proved to be as disappointing as his own. Jake's pursuit in finding his three Astrological matches (or Zodiac twins) will not only test his convictions…

Taglines:
Build Your Own Galaxy

A reasonable movie ruined by the lead actor.


This had all the makings of a pretty reasonable movie, however, after
about 20 minutes into it the lead actor Cam Gigandet becomes so
irritating he actually destroys the movie.

The plot is a bit thin, the dialogue is even thinner, but thanks to
Cam, he completely ruins it all.

His ridiculous facial expressions and "cool" hand gestures are pathetic
– not to mention the fact that everywhere you see him walking around he
appears to have a rather large banana stuffed up where the sun doesn't
shine.

He seems to think he is something like Brad Pitt, but couldn't pull it
off – totally ruined the entire middle of the road movie for me. sorry,
but that is my opinion.