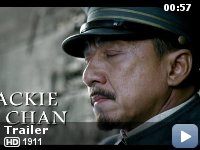 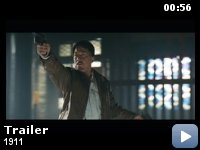 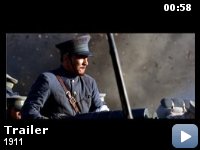 A historical drama based on the founding of the Republic of China when nationalist forces led by Sun Yat-sen overthrew the Qing Dynasty.

Storyline
A historical drama based on the founding of the Republic of China when nationalist forces led by Sun Yat-sen overthrew the Qing Dynasty.

Taglines:
Fall of the Last Empire

Anachronisms:
When the revolutionary leader is on the ocean liner heading for China, the lifeboats on deck are too modern: they are painted bright orange and have built-in engines (note the propellers). The movie is set in 1911, so none of these characteristics would be present. Lifeboats of that era were rowboats, usually painted white.

Sun Yat-Sen:
The goal of revolution isn't death, but to change fate. Young people are sacrificing themselves for the revolution, so that the living can lead better lives.


Being billed as Jackie Chan's centennial film – well it depends on
who's counting since IMDb.com listed it as the number 109, but
seriously, who's counting? – it was a shrewd career choice to have made
it an epic in both scale and story, an extremely well made piece of
historical drama filled with political intrigue and a fine cast
fleshing out their period roles, and to coincide it with the centennial
year of the historical milestone it is based on as well, being the 1911
Xinhai Revolution that ultimately overthrew the Chinese Qing dynasty
and ended more than 2000 years of Imperial rule in China. It could have
been Rush Hour 4 or Police Story 6, but Jackie Chan had got grander
ideas, so good for him.


With the aforementioned centennial celebrations of sorts, there are
countless of films being released based on historical characters and
incidents in the run up, with big budgeted, and undoubtedly easily
labelled as propaganda films like The Founding of a Republic and its
sequel The Founding of a Party boasting big name stars in its line up
to draw record audiences. The latest yet to hit the big screen here,
but soon enough unless the incessant playing of the trailers start to
put people off, would be the story of Qiu Jin who was an anti- Qing
revolutionary, in a film titled The Woman Knight of Mirror Lake
directed by Herman Yau, and it is Qiu Jin who interesting enough,
actually opens this film, which may make those unfamiliar with her
character scratch their heads for a little while.

In a gist 1911 chronicles the fight by the Tong Meng Hui led by Sun
Yat-Sen (Winston Chao) and his band of brothers to start a revolution
against the corrupt Qing government who have so far been making plenty
of concessions to foreign powers since the Opium War, with the country
decaying morally and economically, the poor leading really miserable
lives. If you're been watching Chinese cinema set around the era, you'd
be fairly familiar with the strife and struggles of the Chinese people
in and around that period, and this film centers itself around the
failed attempts, and successful forays in leading an armed and bloody
revolution to eject the corrupt leaders from their throne of power in
Beijing.

Sharing director duties with Zhang Li, Jackie Chan despite being his
100th film which you may think the limelight should fall on him,
somehow successfully dissolves into his General Huang Xing role, and
didn't mind playing second fiddle to both Winston Chao's Sun Yat-sen
and the life-changing events that unfolded in 1911. In many scenes
you'll forget about Chan being Chan in his charismatic presence, even
toning down his usual repertoire of stunts and moves that he's so well
known for in his films, to ground himself very much in reality given
it's an historical epic, providing only a glimpse of his old self in
just a single scene no doubt to trademark this as a Jackie Chan flick.
It's an admirable effort of restraint here, and once again allows Chan
to showcase his serious side and acting chops since his successful
Little Big Soldier.

The narrative also unfolded fairly evenly, with the first third of it
unfolding in an interesting use of time and space rather than what you
would think would be the usual chronological unravelling of events. I
guess it goes to show the coming of age and maturing of contemporary
Chinese mainstream cinema in adopting more creative techniques to their
art and craft, and this dedication to accuracy and details show. With
classy visual effects and beautiful art direction, the entire film
became like a walk through time and history, with stuff you read about
in the history books being brought alive. The film tried to cover as
much ground as possible, and realistically read like a fast-forwarded
synopsis of given key milestones being played out on screen, and the
rest breezed through in the use of many inter-titles to fill in the
gaps between scenes, which you may need a magnifying glass to read.

And where would the fun be if not for its ensemble cast, some
inevitably only get limited air time, such as Ye Shao Qun, Jaycee Chan
and Dennis To in very blink and you miss moments. Sun Chun playing Yuan
Shikai almost steals the show with his portrayal as the power-hungry
general who is biding his time with his allegiance, holding the Qing
court ransom with his demands, and stalling his actions for the rebels,
providing that level of political intrigue as a shaky alliance based on
promises and the integrity of men come into play. Joan Chen also
excelled in her role as the Empress Dowager (to think that many years
back she was the Queen in Bernardo Bertolucci's The Last Emperor) and
was a delight to watch how ineffective the entire dynasty rule had
become behind the closed doors of the Forbidden City, while the other
female actress in Li Bingbing as the wife of Huang Xing came off as far
too lightweight in her nursing role. Winson Chao continues in his
typecast role as Sun Yat-sen, portraying him in umpteenth film
projects, though at no point you'll doubt his charismatic air and
gravitas brought into the role.

1911 challenges Chinese filmmakers to dig deep into their history to
tell stories based on its own contemporary, formative years. Even
Singapore is finally getting into the act with its own 1965 film
project, and I suppose any film industry worth its grain in salt would
have these films lined up under its filmography that allows for a
critical and artistic look at troubled times before, the ideals held
then, and the struggles many took to bring us to where we are today. It
may not be Jackie Chan's flashiest role or film, but definitely one of
his classiest and dignified one yet. Highly recommended!