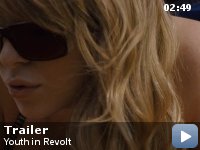 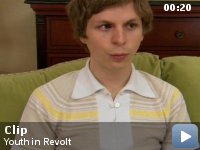 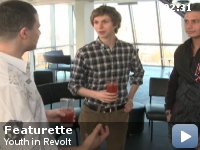 While his trailer trash parents teeter on the edge of divorce, Nick Twisp sets his sights on dream girl Sheeni Saunders, hoping that she'll be the one to take away his virginity.

Storyline
At 16, Nick Twisp is wry about his teen funk: he lives in Oakland with his sex-addled mother; his father's child support is her meal ticket. While camping in Ukiah, Nick meets Sheeni: for him, it's love at first sight. Nick has to figure out how to get his father a job in Ukiah, then how to get sent to live with his father, then how to get close to Sheeni, whose religious parents may want her sent away from temptation to a boarding school. There's also Sheeni's all-American boyfriend to contend with. Overwhelmed by the challenges, Nick's about to give up when he conjures an alter ego who whispers revolt into his ear. Nick is not altogether hapless, but can this end well?

Taglines:
Every "Revolution" Needs A Leader

Justin Long plays Portia Doubleday's (Sheeni) older brother in this film. In real life he dated her older sister Kaitlin Doubleday. The two also played a couple in the
Waiting….

Continuity:
When Nick is stealing the BMW, his father kicks the window with his foot leaving two footprints on it. After a couple of scenes the marks have moved upwards from their first location.

Nick Twisp and Francois Dillinger:
I'm gonna wrap your legs around my head and wear you like the crown that you are.

Nick Twisp and Francois Dillinger:
If that's OK with you.

I enjoy Michael Cera as much as the next person; he's awkward and
endearing and watching him fumble makes me feel better about myself.
The thing about Michael Cera, is that all of the characters he plays…
are Michael Cera.

Well… except for Nick Twisp.

4 minutes in, my mind was changed.

The movie is filled to the brim with witticisms that I feared would
fall flat with Cera's non-dimensional acting; I was surprised. He
managed to avoid turning sexual situations into awkward moments, and
the brilliantly written screen play kept the pace fast and…well,
hilarious.

The character is less naive than we're meant to believe; Nick Twisp
just wants to belong, and his alter-ego Francois (Cera with a shady
looking 'stache) enables Nick to do that… it's like they've embarked
on that wild ride that we all wish we could take.

There were SO MANY one liners that had the audience laughing, I think
that it's hard not to adore this movie.

Seriously, I will be seeing it again.